Solar Power conference to be hosted in Cork

The recent White Paper on Energy Policy published by the Department of Energy, Communications and Natural Resources acknowledged that Solar photovoltaic (PV) is part of the solution for the generation of zero-carbon electricity in Ireland. Energy Cork will host Ireland’s first major conference on solar power in Ireland to discuss the development of Solar PV, as well as the potential challenges and opportunities it presents. 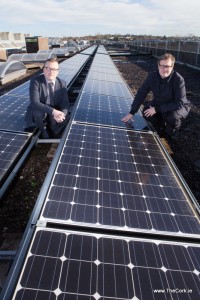 Pictured at the launch of the Conference are Energy Cork Chairman Michael Quirk and Energy Cork Cluster Manager Kieran Lettice (on the Zero 2020 building at CIT). Pic: Darragh Kane

“The White Paper published by the government sets out our country’s energy future. Globally, solar PV installations have grown to over 200 gigawatts (GW) in 2015 and this may double again by 2020. By comparison, the total installed electricity generation in Ireland today is just over 10 GW and there are currently applications submitted to connect 1GW of Solar PV to the Irish gird.

Ireland is poised to play its part in the growth of this source of low-carbon electricity, utilising both building-mounted and ground-mounted technologies,” said Michael Quirk, Chairman of Energy Cork, the industry cluster formed to strengthen enterprise and employment within the energy sector in the Cork Region.

Solar PV has become one of the most dynamic sectors in the European renewables electricity market in recent years. This is due to an increase in demand for clean energy and a sharp decrease in the price of Solar PV technology. In 2015 the ESB invited Solar PV grid applications for solar farms which they hope to start rolling out by 2016.

“To date the ESB have received more than 1GW in Solar PV applications which is incredible. Its shows that there is a serious appetite to grow the industry here.” added Quirk.

The Irish Government has acknowledged that Ireland has to accelerate the development and diversification of renewable energy generation in order to meet EU sustainability goals and cited solar, offshore wind and ocean technologies as the future of the long-term clean sources of energy.

“There is a distinct difference between solar and wind energy – you can’t see, smell or hear solar PV and it works well in the Irish climate. In fact, the electricity produced by a Solar PV panel in Ireland is comparable to what it would produce in Germany, which is the global leader in Solar PV deployment. In the “Sunny SouthWest” a solar panel could produce about 10% more than the most northerly counties. Cork is ideally placed to be a hub for this emerging industry and its supply chain,” said Kieran Lettice, Cluster Manager of Energy Cork.

Additional speakers on the day will also include John Mullins, Chair of Port of Cork and CEO of Amerenco, Robert Goss of Solar Electric Ireland, Philip Bazin of Triodos Bank, Thomas Ryan from the Irish Farmers Association, Martin Howley from SEAI and Cera Slevin of ESB Solar among others. 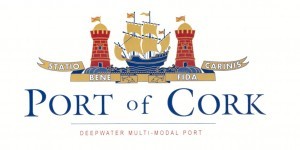 Organised by Energy Cork, this is largest conference on solar power held in Ireland devoted to the discussion of the solar photovoltaic industry.

Registration is essential and places are limited https://solarfuture.eventbrite.ie/