Sinn Féin General Election candidate Cllr Donnchadh Ó Laoghaire has said that Sinn Féin would ensure that access to Third Level Education can be expanded, and would not allow the hardships students have suffered in recent years to continue. 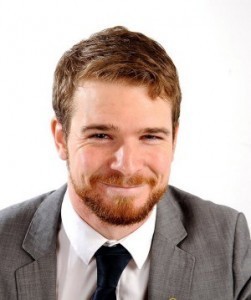 Cllr Ó Laoghaire spoke at a debate on Wednesday night in UCC, organised by the USI, where he underlined that young people had yet to see the benefits of any recovery.

“There are 60,000 less young people in the workforce since this Government took office, and 200,000 less people under the age of 35 living in the state. 1 in 6 of Irish Citizens now reside abroad, the highest in the OECD.”

“What this reflects is that many young people, including graduates, do not see any real prospects for their future here in Ireland. There is still very high unemployment among young people, among the highest in Europe, and even those who can find work, it is often in the form of agency, limited entitlement work, or zero hours contracts. Underemployment is a significant problem.”

“The Government has directly played into this, because it clearly sees young people and graduates as a form of cheap labour, and has put significant emphasis on exploitative schemes such as Jobbridge and Gateway, which generally offer little by way of real training, and displace real jobs. Our graduates, and young people, who are among the best educated and most talented in the world, deserve better.”

“Sinn Féin would, in its first year in Government, reduce the Student Contribution by €500, and seek to reduce it further over time, with a long term objective of Third Level being funded by direct progressive taxation. We would promote and fund a robust grants system, to ensure that no one finds Third Level Education out of their reach due to lack of income or disadvantage.”

“We would end the Jobbridge scheme, and introduce a fair equitable internship scheme that is properly monitored, involves real training, and doesn’t allow exploitation by unscrupulous workers.”

“We would invest in creating real, high quality, full time jobs, in the public and private sector, so our young people do not feel they have to travel to the other side of the world to make ends meet.”

“Sinn Féin also recognise who badly students have been hit by the Housing Crisis. We would work with colleges and student bodies to plan suitable student accommodation on education sites, subsidised through state financing. We would also ensure homeowners availing of the rent a room relief register with the PRTB, to provide deposit protection for students.”

“Students have been marginalised under this Government, and is becoming harder for many to access. We want to reverse that trend, we believe that education is a right and not a privilege.”