Green Party candidate for Cork North Central, Oliver Moran, has called on the government to reverse the decision to introduce pay-by-weight on recycling. 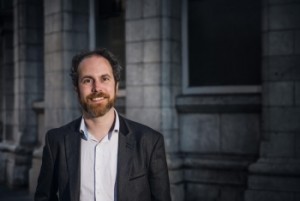 Households in Cork have started to receive notices that pay-by-weight will be introduced to all waste collections from July. The Department of the Environment estimates that 87% of households will get a reduced bill if they segregate their waste properly and 8.5% per cent will see no difference in their bills.

“It’s a relief to hear that costs won’t rise for 90% of households. Working families have to deal with enough rising bills without another one,” Moran said.

“The decision to charge by weight for recycling is regressive though. We should be doing what we can to encourage recycling and proper segregation of waste. There’s a risk that if there’s any charge on recycling then people will go, ‘Ah, sure, I’m paying for it no matter what bin it goes in.’ That’s human nature.”

“A fear I hear from many people is that pay-by-weight will lead to more fly-tipping. In parts of Dublin, people have had pay-by-weight for 10 years now. Compost bins are also pay-by-weight but cheaper than household waste. There was an increase in foxes and vermin from people leaving food out in the garden but I haven’t heard of fly-tipping.”

Diplomatic West Cork TD Jim Daly speaks with Chief of Staff in the US Department of Transport
Previous Post
Should the Irish State buy back Ireland’s only Oil Refinery from a Conoco Phillips?