Ballymaloe Grainstore announces a spring programme of music, comedy, festivals, films and events that bring the world to Shanagarry in East Cork.

Wine buffs can sample California wines with Liam Campbell, wine editor of The Irish Independent, who will talk about California Wines – Less is More, and reflect on the evolving style of subtle flavours and balanced alcohol. On Wednesday 9 March he’ll focus on Sonoma and Carneros with their elegant Chardonnays and Pinot Noirs. The wine tasting includes eight wines and canapes.

A candlelit supper and screening of The Hundred Foot Journey starring Helen Mirren is a centrepiece of the 27th Cork French Film Festival on Thursday 10 March. Supper is served on the Grainstore’s balcony at 6:30pm, followed by the 8pm film in which Dame Mirren delights as the haughty owner of a Michelin-starred restaurant in the south of France who is outraged when an Indian curry house opens nearby. Food and culture wars ensue with hilarity.

The Ballymaloe Vintage and Antiques Fair returns on 12 Saturday and 13 Sunday March. From the seriously elegant to the gloriously kitsch, the best of Irish collectables, home wares, vintage fashion, and up-cycles are available from dozens of stall holders. It’s a great day out for the family, with kids attractions, a tea room, and delicious food in The Big Shed. Free entry, free parking, and on Sunday, free music.

Ballymaloe Grainstore’s season offers an entirely new programme of performers, none of whom have ever before graced the stage of the beautiful venue on the grounds of Ballymaloe House.

The season springs to life on Wednesday 16 March when Des Bishop performs his hit stand-up show, Grey Matters. Des is embracing his grey and letting the wisdom of his years inspire his comedy. His new show tackles turning 40, being surrounded by other people’s kids, gender and marriage equality, the dangers of snap chat, and dating a Chinese woman.

Stargazers line-up has changed over the years, but the harmonies are as tight as ever. The trio’s concert will include a wide range of celebrated hits from Cole Porter, Irving Berlin and Randy Newman, with the instrumental style of Django Reinhardt and Stephane Grappelli. A few original tracks are included for good measure, all delivered with effortless fun on Easter Sunday 27 March. The band also celebrates the release of their new single, Paper Moon.

The Grainstore honours the Easter Rising centenary with Dublin Burning on Sunday 10 April. Written and performed by Brendan Begley and Mike Hanrahan, these two superb musicians tell the story of Ireland’s 1916 Rising through songs, music, poetry and stories of the era. They shine a light on many familiar songs such as Óró ‘Sé do bheatha ‘bhaile, and our national anthem, A Soldiers Song.

The legendary Dublin City Ramblers led by Sean McGuinness visit on Sunday 17 April. They have thrilled audiences worldwide for 35 years with their blend of ballads, folk, wit, and foot-tapping music, and this concert is sure to be a ‘Rare Ould Time’. 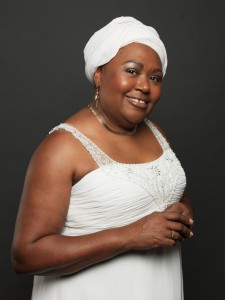 Ballymaloe Grainstore is delighted to welcome Feeling Good with Karen Underwood and her four-piece band. Audiences will feel very, very good on Friday 22 April during a night of roof-raising jazz, soul and blues by ‘The Chicago Diva’. Well-known for her renditions of Nina Simone’s repertoire, Karen has captivated audiences all over Ireland with her power-house performances of classics such as Somewhere Over the Rainbow, Unforgettable, and Here Comes the Sun.

Martin McDonagh’s dark comedy play, Hangmen, has received rapturous reviews in London. A performance was filmed live on the West End and will be shown on a screen in the Grainstore on Tuesday 3 May. Presented by National Theatre Live, five-star notices include ‘gripping, funny and dramatically tense – a thoroughly great play’ from The Sunday Times and ‘drop-dead hilarious’ from The Independent.

The Kerrygold Ballymaloe Literary Festival of Food and Wine (Friday 20, Saturday 21 and Sunday 22 May) is a weekend filled with fascinating facts, inspirational stories, intriguing discussions, incredible knowledge, fantastic music, fabulous dancing and, of course, delicious food and drinks. It is established as hub for food and drinks enthusiasts worldwide to meet and share ideas. See www.litfest.ie.

Also in store are flower arranging courses with Iona, the Ballymaloe House floral artist, on 7 April and 23 June.

Book online at www.ballymaloegrainstore.com or by phone on 021 465 2531. Early dinner in Ballymaloe House (6pm) is served before most 8pm performances.