Cobh Ramblers Football Club will be showing off a new colour on their kit when they walk out for their first home league game of the 2016 season, having announced an official media partnership Cork’s Red FM. 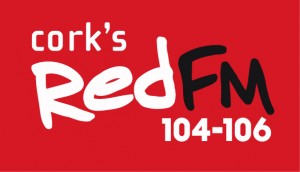 The famous Claret and Blue colours will remain for the East Cork club but now it will also have Cork’s Red FM logo featuring prominently on the their home, away and third choice kits for the coming year. As part of the media deal Red FM’s award winning sports team will work closely with the Airtricity League 1st division side for the coming season, providing pre and post-match interviews along with in-depth feature pieces on the award winning Bed Red Bench.

Speaking at the announcement of the partnership Cobh Ramblers manager Stephen Henderson said “We hope that 2016 will be a great year for us on the field, and with the support of Cork’s Red FM we feel that we can go from strength to strength”. Cobh got off to a winning start on Friday night with a 1-0 win away to Shelbourne and will be hoping to continue their great start as they welcome Drogheda United to St Colman’s Park for their first home game of the season on Saturday evening.

Ruairi O’Hagan from Red FM Sport said “Hendo has built a promising young squad for the 2016 season and we’re excited to be working closely with them as media partners.” Red FM who are now Cork’s most listened to Radio station hope the partnership gives them an opportunity to engage with their loyal listeners in Cobh and the surrounding East Cork area.

Cobh Ramblers take on Drogheda United in St Colman’s Park on Saturday March 13th at 7.15pm and Red FM will have exclusive post-match coverage on the Big Red Bench on Sunday evening at 6pm.