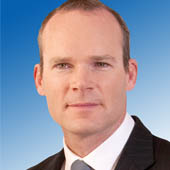 Minister for Agriculture, Food and the Marine Simon Coveney T.D. today hosted the second meeting of the Dairy Forum with key stakeholders from the Irish dairy sector. The forum discussed ongoing challenges in the sector and focussed on preparations for next week’s key meeting of EU Agriculture Ministers in Brussels. In preparation for this Council meeting the Minister also held bilateral talks with EU Agriculture Commissioner Phil Hogan in Dublin this morning to advance Ireland’s proposals.

Speaking after the forum the Minister said “I am acutely aware that this period of price volatility has been challenging for the dairy sector and farmers in particular not least because it is more prolonged than expected. When this forum last met on 29 September we were all hopeful that an upturn in early 2016 would start to appear but this has not turned out to be the case. Today was about re-focussing on the measures which could be taken to stabilise the market and the key issues which we believe should be agreed at EU level next week when the Agriculture Council meets so that the sector and farmers overcome this period of reduced prices.

The Forum which was attended by key stakeholders including farm organisations, processors, State Agencies and the banking sector discussed the market outlook for 2016, had an exchange of views with the banks on access to finance as well as a discussion on preparations for next Monday’s Council meeting in Brussels.

Commenting on measures taken since the last forum the Minister said “the disbursement of a combination of Commission and exchequer funding totalling €26.4m in direct aid payments to dairy farmers in December was strongly welcomed today as was the advance payment of some €1.2billion in BPS payments to farmers. Similarly the introduction or continuation of various market support measures at EU level including the PSA schemes for SMP, cheese and butter as well as intervention for SMP have been of some assistance. We also heard today from some of the co-ops who have rolled-out of a number of fixed milk price schemes from co-ops here and these are the kind of welcome initiatives which can help to mitigate volatility”.

The Minister also held talks with EU Agriculture Commissioner Phil Hogan earlier in the day in Dublin in preparation for next week’s Council. The meeting discussed the detailed 10-point plan which Ireland has circulated in advanced of the meeting. Commenting on the meeting the Minister said “I am in close contact with the Commissioner and other Ministers as well as stakeholders here in preparation for this Council. We have circulated a ten-point plan which I believe can be the basis for discussion. We have in fact added one point in the meantime in response to the IFPRI analysis on the fertiliser sector where we have called on the Commission to review the tariff regime currently in place in response to the findings of this study which I am hopeful will be delivered”.

The Minister added “The proposals which we have made are a combination of short-term market support measures as well as medium-long term measures to help tackle volatility. My approach at Council will be to remind all parties that the big decisions on the EU dairy sector were taken in the 2008 dairy package and confirmed in the 2013 CAP Reform. This is a sector which needs stability right now and I believe it would be a mistake if next week’s Council turned out to be some kind of mid-term CAP review. The Commission have the tools to deploy under the CMO Regulations and I will be pushing them to implement effective measures at next week’s Council.

Concluding the Minister said “in January we had the confirmation from Bord Bia’s export figures that Irish dairy exports rose 4% to €3.2bn last year with exports to diverse markets including China and the US continuing their impressive performance in the face of slowing global demand. I realise this does not lessen the impact to an individual farmer who has seen reduction in his milk cheque but nonetheless it points towards the long term fundamentals of the Irish dairy sector being sound. Our competitiveness by international standards is good and investments at processor level means that added value capacity is there. The priority now has to be on the measures which can help producers out of this current slump as well as on measures which can minimise the effects of such downward volatility in the future. The discussions at today’s Forum were extremely useful in this regard and I look forward to presenting Ireland’s ideas in Brussels next Monday”.