Complex detective work and the invention of new genetic identification methods were required to find and identify the body of 1916 leader, Thomas Kent.

The story of how science, archaeology and history combined to commemorate Thomas Kent will be revealed at a free public event next Thursday 2nd June at 8pm in UCC’s Boole Lecture Theatre 1V.

For many years the story of Thomas Kent’s actions in 1916, and his execution, were only vaguely known about, and discussed, within his native county. “In a curious way, a similar situation existed with regard to the location of his remains – that is, confusion and uncertainty prevailed,” says UCC historian and organiser of the event, Gabriel Doherty.

The fortunate coincidence of the moves, in late 2014, to close Cork prison, and the-then rapidly-approaching centenary of the Easter Rising, gave rise to a new determination to locate those remains and give Thomas Kent the recognition his life’s work, and sacrifice in 1916, the recognition he deserved.

The difficulties of locating the remains were great, not least because there was genuine doubt that the site marked with his gravestone was, in fact, his last resting place – and, of course, there was the added problem of ensuring that were remains to be located, of guaranteeing that they were Thomas Kent’s.

“Thankfully, as a result of the development of new scientific techniques,” says Gabriel Dhoerty “and as the result of the coming together of a range of interested parties, each with different skills and all of whom were committed to a successful outcome, the remains were located and positively identified.” The event in UCC on the evening of Thursday 2 June is devoted both to a discussion, in everyday language, of these new scientific techniques, and also of the collaborative efforts that underpinned the use of these techniques.’ 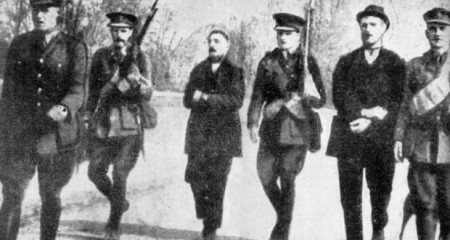 Two expert speakers will address the solving of the case of Thomas Kent’s remains from differing perspectives:

Tom Condit, an archaeologist at the Department of Arts, Heritage and the Gaeltacht, undertook the archaeological investigations of the site in Cork prison. He will address the challenges posed in identifying the probable site of the remains of Thomas Kent – which included the use of different types of geophysical survey techniques – as well as the details of the excavation process itself.

UCD scientist, Jens Carlsson, undertook the process of verifying that the remains located by the archaeological excavation were, indeed, those of Thomas Kent. Thomas Kent’s identity was confirmed through genetic analyses. “Many have heard about genetic identification methods used by forensic laboratories across the world. However, the Thomas Kent case turned out to be a very challenging task that demanded development of novel genetic identification methods,” says Dr Carlsson. In this presentation, the detective work and method development needed to confirm the identity of Thomas Kent will be presented.

The event, for which no booking is required, will be held in Boole Lecture Theatre 1V and all are welcome. For further information please contact Gabriel Doherty in the School of History, University College Cork g.doherty@ucc.ie