The volunteer lifeboat crew from Kinsale RNLI in Co Cork has been awarded a Marine Meritorious Service Medal.

The award in recognition of the crew’s rapid response, professionalism and skill in saving lives was presented by the Minister for Transport, Tourism & Sport Shane Ross, T.D. at the National Marine Gallantry and Meritorious Service Awards 2016 at a ceremony in Farmleigh House in the Phoenix Park on Friday evening (14 October).

Kinsale RNLI was represented at the awards by Lifeboat Operations Manager John O’Gorman, helm Nick Searls, and crew members Jim Grennan and Matthew Teehan.
The call out for which the Kinsale RNLI was recognised occurred when three fishermen were rescued on Sunday night 10 April in gale force conditions.
A 20 metre beam trawler was forced onto the rocks at Moneypoint, at the entrance to Kinsale harbour in county Cork around 6pm.

Kinsale RNLI was launched at 6.10pm and arrived on scene less than five minutes later to find the vessel on the rocks with three-metre high waves breaking over its deck. The experienced lifeboat crew, led by Helm Nick Searls, dropped anchor and veered down, getting within feet of the stricken boat. The three crewmen then entered the water individually and were pulled to safety on board the RNLI lifeboat.

On scene, the priority for Kinsale RNLI was to get the crew safely off the trawler. This was challenging due to the breaking waves coming over the top of the boat. The lifeboat had to be manoeuvred in as close as possible to the stricken trawler so that the three fishermen could individually jump into the water to be recovered immediately by the lifeboat crew.

Speaking at the awards ceremony, Minister Ross praised the ‘courageous achievements and service of this group of brave Irish men and women who have faced crises and dug deep, offering their skills and in many cases placing themselves in danger in order that others might be safe on our waterways’.

Pausing to remember those who lost their lives at sea since the last set of Awards in 2014, Minister Ross spoke of the tragic death of volunteer Coast Guard Caitríona Lucas last month, describing her as ‘a courageous and heroic woman who made the ultimate sacrifice while in the service of others’.

The awards are to recognise outstanding acts of courage, heroism, skill and initiative in the context of marine emergency incidents. The scheme also recognises exceptional dedication to duty in the execution of Ireland’s marine emergency response.

A Marine Meritorious Service Medal, may be awarded where outstanding meritorious service has been provided to, or within the remit of, the Irish Coast Guard. The person must have demonstrated exceptional dedication to duty, coupled with skill and initiative, in the execution of the service being provided.

The volunteer lifeboat crew from Castletownbere RNLI and Lough Swilly RNLI in County Donegal were awarded a Marine Ministerial Letter of Appreciation. 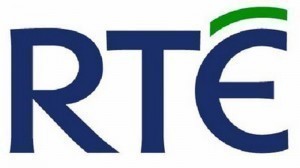 The National Marine Gallantry and Meritorious Service Awards Committee is chaired by Bryan Dobson of RTÉ.