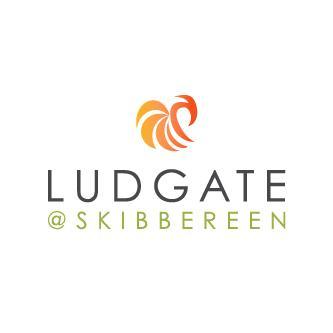 The Ludgate Hub have announced that it’s CEO Gráinne Dwyer will be moving on pursue her dream of creating her own company. In her statement Gráinne stated how rewarding the position has been;

“I am beyond grateful to have spent the past two years with this company and I am deeply honoured to have been awarded the opportunity and responsibility to lead a project that has been extremely rewarding. The Ludgate Hub is a prime example of what can be achieved in a community like Skibbereen. I have learned more than I could ever have imagined and I have received invaluable mentoring from eleven fantastic board members who will be lifelong friends.”

According to Chairman of the Ludgate Digital hub John Field

“This is a tremendous opportunity for someone to now take on the next phase of development for the project as our CEO. The position will involve the rewarding but challenging task of being responsible for the strategic development of the project into phase II of the ambition to create 500 jobs in the area by 2020. Skibbereen and it’s hinterland are buzzing right now, young people are relocating, attracted by the better quality of life and the real opportunities that exist around Ludgate and other industries in West Cork’ He also thanked Dwyer for her central role in moving the Ludgate project from inception to where it is today – ‘Grainne has worked tirelessly to establish the Ludgate brand in Ireland and beyond. She embodies exactly what Ludgate is about i.e. providing young, talented ambitious people with a creative environment in which they can thrive and grow their businesses. We are delighted that Grainne and her company ‘Stori Group’ will base themselves at the Ludgate in Skibbereen and we look forward to watching them grow in the near future’

The Ludgate Hub an multi award winning company with impressive accolades such as ‘Silver Best Broadband Project of Europe’, ‘Winner – Cork Business Awards’ is currently home to over 250 users a month which includes an impressive list of companies including; BBC, National Geographic, Google, IBM and leading Universities world wide and is home to a number of scaling start ups to watch in 2017 including seed funded Digedu and Staypal to name a few. 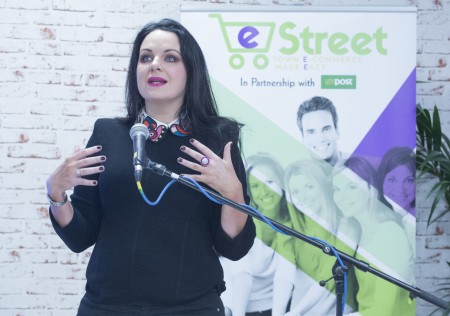 File pic: Triona McCarthy TV3 Expose pictured as The Ludgate HUB with support from An Post launched eStreet. eStreet is a website that allows small retailers the opportunity to reach a global audience by selling on one online platform together. It is especially useful for consumers as all the items ordered from the different stores are shipped together. Skibbereen was the first town in Ireland to pilot the eStreet
Photo: Gerard McCarthy

Dwyer will continue to support, advise and volunteer her efforts to the Ludgate Hub in an advisory capacity as well as representing the company at European level in her position on the European Innovation Council as she moves on to start up her own company within the Ludgate Hub. Dwyer’s company ‘Stori Group’ will create employment for three people starting off and hopes to grow to five by the end of the year. Commenting on the move

“I can only credit the board of Ludgate for driving me to be as ambitious as I could with all of my decisions to date, working in the startup environment has given me a hunger to create my own company supported by the Ludgate Hub. It really is a perfect environment for people like myself to create scalable companies through the mentoring supports of the Ludgate hub as well as the state of the art facilities. The ethos of the Ludgate project was to create jobs, and I am so happy that my role as CEO has led me to create my own jobs within the hub.”

Dwyer’s new company has attracted the talent of two returning West Cork natives whom have moved to the Ludgate Hub from Vancouver and New York to begin working on the new venture.

How to apply
Express interest by emailing careers@lugate.ie for a detailed job specification. Queries can also be directed to careers@ludgate.ie.