The annual Easter Commemoration was held at a sunny Asna Square, Clonakilty on Easter Sunday morning. With flag-bearers holding the Starry Plough, Irish Republic and National flags at the Tadhg an Asna Monument, Cathaoirleach: Michael O’ Donovan extended a welcome to all, in particular descendants of local volunteers for the “revolutionary period” which followed the 1916 Rising. Apologies were conveyed from local County Councillor Paul Hayes who was unavoidably absent. Wreaths laid at the base of the monument by Paul Corcoran on behalf of Clonakilty Easter Commemoration Committee and Kevin Walsh on behalf of the Vol. Diarmuid O’ Neill Sinn Féin Cumann, Castletownkenneigh. A minute’s silence observed in memory of all who have given their lives for Irish freedom, and those who had passed away during the year who were regular attendees at the annual Easter Commemoration in Clonakilty since it was initiated in 1980.

The 1916 Proclamation read as Gaeilge by Cllr Donnchadh Ó Seaghdha and in English by Ryan Corcoran. 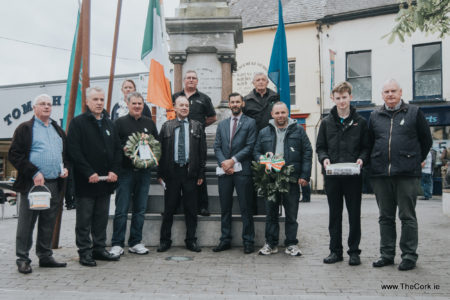 Cork North Central Sinn Féin TD, Jonathon O’ Brien, delivered a wide-ranging oration in which the late Martin McGuinness was fondly remembered for his lifetime dedicated to Irish freedom “in wartime and in peacetime”. He appealed for more people to join up and get actively involved to make the ultimate goal of a British withdrawal and a 32 County Irish Republic based on the principles of the 1916 Proclamation a reality. The Sinn Féin TD – who has been in the Dáil since 2011, and is the party’s spokesperson on Justice and Equality, said that his party would continue to expose and resist corruption in politics and society “be that from the DUP, Fianna Fáil, Fine Gael, Gárda Management, Irish Water or wherever it stems from”. There are huge challenges ahead for Ireland with the Brexit implications, but SF would not shirk from doing its best for the Irish people, as he called on the Taoiseach to show leadership and courage in dealing with the British government during these crucial times.

He called for a referendum on Irish Unity to be held so that the people of Ireland – north and south could have their say. The majority of people in the Six Counties had voted against Brexit, and this creates a new situation.

Cathaoirleach Michael O’ Donovan expressed his thanks to all who helped organise and participated in the commemoration and who promoted Easter Lilies over the weekend. 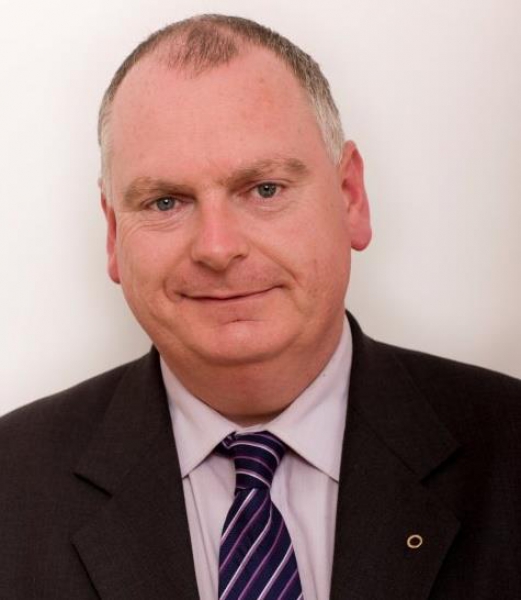 The Clonakilty Easter Commemoration Committee Facebook page https://www.facebook.com/ClonEasterCommemorationCommittee has many photos from the commemoration.