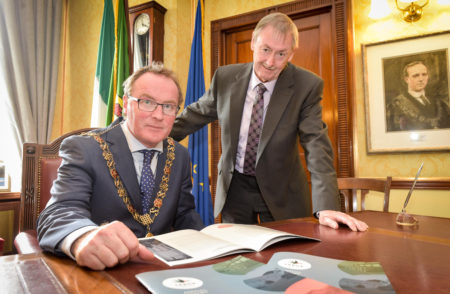 Across Tabor Group’s three residential centres, over 300 people accessed treatment for addiction. Of the 204 people who accessed treatment at Tabor Lodge (Tabor Group’s 28 Day Residential Treatment Programme), 148 (73%) of admissions were for alcohol related problems. Mr Coughlan went on to add “The patterns that we have seen over the last number of years continued throughout 2016 with high numbers of clients presenting with poly-drug use and dual diagnosis of mental illnesses.

New figures compiled by Tabor Group in their 2016 Annual Report, reveal that 73% of all clients presented with alcohol related problems. 64% of all clients were referred by either a family member or friend and 95% of all clients successfully completed their residential treatment programme.

A variety of agencies refer clients to Tabor Lodge, as in previous years, the majority of those admitted for treatment self-presented. However, 2016 saw an increase in GP influence in those seeking help with addiction, GP’s directly referred 9% of clients to Tabor Lodge and a further 11% of clients, reported their GP recommending they attend Tabor Lodge. The Annual Report statistics also reveal that 93% of clients are living in stable accommodation and 34% are living with a family member.

Pat Coughlan, Chairman, added “the typical alcoholic client who came to our services when we first opened our doors in 1989 is rare today. Our society has moved on and technology has become an enabler for addictions to a much broader population, of all ages. On line access to illicit drugs and gambling are having significant impacts on our most vulnerable citizens. However, alcohol still remains the most prominent drug in Ireland with devastating and destructive consequences throughout our society.”

In addition to alcohol issues, Fellowship House (Tabor Group’s Extended Treatment Centre for Men) has continued to see an increase in the use of cocaine and heroin among its residents. Reporting a continued increase (9%) of 18-24 years olds presenting for treatment. The majority of men (94%) being under the age of 34, a 12% increase from 2015. For the second year running, there was an increase in the reporting of abuse in the past year, rising from 61% to 64% in 2016.

The annual report also stated, poly drug use is common within the 3 treatment centres. At Renewal Extended Treatment Centre for Women, addiction to alcohol alone is rarely seen and residents struggle with addictions to alcohol combined with ecstasy, cannabis, cocaine and various prescribed medication. 44% of the women in treatment at Renewal had dependent children and staff work with Family Services and social workers to help repair and rebuild familial relationships.

At the end of 2016, Tabor Group’s €4.8 million application for the redevelopment of Fellowship House at Spur Hill, Togher, Cork was confirmed. Work has already commenced on this new state of the art facility and it is expected to be completed early 2018. This new facility will increase capacity from 10 residents to 16, with an additional 15 units of accommodation for men who have completed Fellowship House Treatment Programme but require a ‘Step Down’ model of independent living while having access to ongoing support and care.

Alcohol harm in Ireland currently claims three lives a day and is also responsible for a huge burden of ill-health, putting a particular strain on our health services, where 1,500 beds are occupied by people with alcohol-related illnesses every night, at an estimated cost of €1.5 billion annually. There are 176,00 alcohol dependent people in Ireland and one in eleven children say they are negatively impacted by parental drinking.

Alcohol addiction continues to have a serious and detrimental effect on Irish society. The National Drugs Strategy is currently being reviewed, the continued prevalence of alcohol addiction in Ireland highlights the need that a national treatment infrastructure urgently needs to be put in place.