TOURISM: Camden Fort Meagher in Crosshaven WILL be a sustainable heritage attraction

In many of our childhoods it was known as “Fort Camden”, and was a derelict out-of-bounds ex British fort in Cork Harbour, just above Crosshaven village. Now it has been repurposed into a Heritage Tourist attraction, and impressive restoration works continue year by year.

Yet, it exists in the publicity shadow of nearby Spike Island – another ex British fort which has the novelty of being on an Island, and also – in living memory operated as a Prison – which has led many to call it “Ireland’s Alcatraz”.

Fort Camden faces another PR problem – it was renamed Fort Meagher after Irish Independence, but is still commonly known as just “Camden”, indeed it’s located at the end of Camden Road, which was not renamed after Crown Forces departed from the ‘Treaty Port’ of Cobh and surrounds in 1938 . To overcome this potentially politically sensitive naming stumbling block (like Londonderry v Derry) the edifice is now referred to as “Camden Fort Meagher” for Tourism purposes.

Cork County Council owns “Camden Fort Meagher” and continues to invest in it’s conversion into a Tourist attraction. This week the local authority appointed JCA Architects Cork to prepare a Masterplan for the Future Use, Conservation and Restoration of the fort. 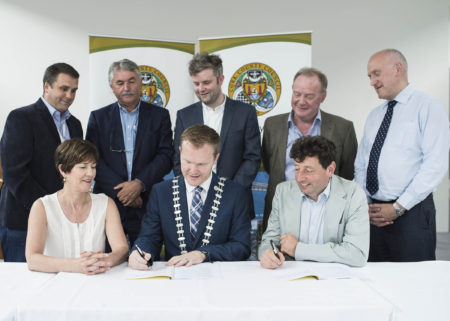 “Located on a 45 acre site of considerable natural beauty with extensive ocean views, Camden Fort Meagher comprises a sizeable number of buildings and a vast underground infrastructure in various states of disrepair.  This presents considerable challenges, not least financial, in realising a sustainable long term future for the site.

The Council wishes to create an attractive, sustainable and viable addition to the tourism and cultural infrastructure in Crosshaven and the Lower Harbour. This Masterplan will be the first step in achieving this goal.”

Speaking at the contract signing, Mayor of the County of Cork, Cllr Séamus McGrath (who lives locally in Carrigaline village) welcomed the latest development of Camden Fort Meagher, “I am delighted to be here to sign this contract for the delivery of a Masterplan which will identify how best to secure the future operational development of Camden Fort Meagher.  This Masterplan will build on the wonderful work already completed by Cork County Council, the Volunteers and the wider Crosshaven community”. 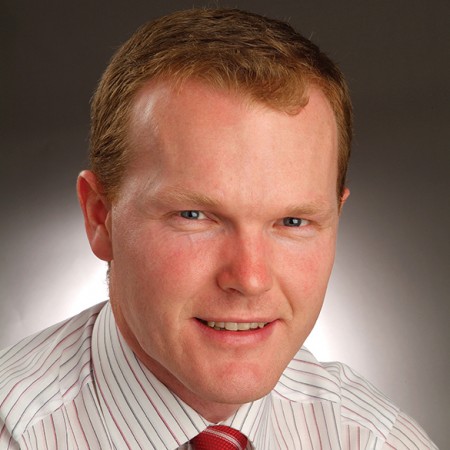 Mayor of the County of Cork Seamus McGrath

Camden Fort Meagher is now open to visitors, with exhibits on the fort’s Brennan torpedo installation (the world’s first “practical guided weapon”) and one of the only resident 9/11 exhibits outside the United States. For more information visit www.camdenfortmeagher.ie