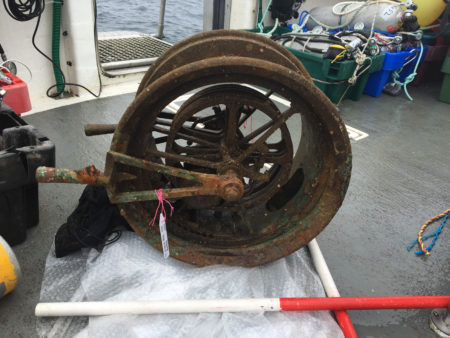 The Minister for Culture, Heritage and the Gaeltacht, Heather Humphreys TD, has today (Wednesday) confirmed that the main ship’s telegraph from the RMS Lusitania has been recovered from the wreck site off the Head of Kinsale and is undergoing preliminary conservation ashore. During a previous dive in July 2016, attempts to raise the telegraph were unsuccessful due to equipment failure.


Above: location of the wreck

In recent days, recreational divers licensed by the Minister (with the owner’s consent) who were diving on the wreck reported that they had located the telegraph and marked its position on the sea bed. Following consultations between the owner and the Minister’s Department, the telegraph was brought to the surface yesterday under the supervision of an archaeologist from the Department’s National Monuments Service (NMS). 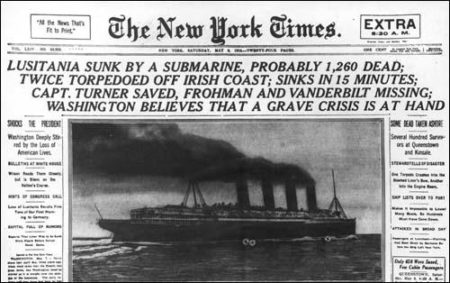 Another telegraph device from the Lusitania was recovered from the ocean bed in October of last year.

Speaking today Minister Humphreys said:
“I am happy to confirm that this important piece of the Lusitania has now been recovered from the wreck off the west Cork coast. I understand that the telegraph is undamaged and in excellent condition.

“I also understand that the owner of wreck, Gregg Bemis, intends to place the telegraph and the pedestal successfully recovered last year, on display in a local museum, along with other artefacts he has recovered during earlier dives, which is great news for the local community.”