TERRORISM: Should Cork City should install bollards to prevent a car or truck attack on pedestrians?

A Cork City Cllr Kenneth O’Flynn (Cork North Central) has called for the local authority to review the use of bollards in the city.
O’Flynn believes in light of car ramming attacks in Nice, Barcelona and London officials should examine areas with a large footfall to ensure that the general public are safe.

O’Flynn believes heavy duty bollards such as on Oliver Plunkett street should be extended to cover key areas like Kent Railway Station and the Bus Station. He also sugggests that pedestrian areas around Paul Street and the Opera House should also have stronger barriers to withstand any impact.


Image Above: One of the first areas in Cork City to be pedestrianised – Paul Street –
has bollards which were designed to stop vehicles from entering, however they would not withstand a deliberate assault by a heavy fast truck/4WD.

O’Flynn also believes that highly attended events such as Ceremonial Christmas Lights turn-on, Corpus Christi or Pride Parades should have mobile concrete bollards put into place to ensure public. “These can easily be put into place before an event and removed afterwards” he said. A number of European cities are already using such mobile concrete bollards for sporting events and concerts. 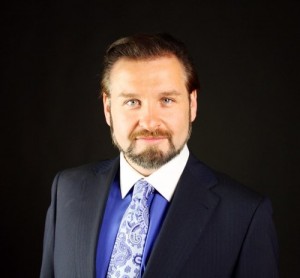 “I believe the risk to Cork is low, but we should never be complacent. It is better to be prepared for the worst than be not prepared at all. I believe the people of Cork wish to know their city is safe and we as elected representatives have a duty of care to our constituents across the city” said O’Flynn.

Recently the government announced more than 70 individuals are being monitored for links to radical Islamic terrorists “This should give us some concern. Tax payers money is being used to monitor these individuals when deportation should be the first option if these people are not citizens” O’Flynn argued.

“I welcome the increased Garda presence on the streets of Cork this summer, this is to be welcomed, However I believe not only do we need stronger bollards. We also need to see drills such as those in Dublin in recent weeks, carried out in Cork city. This should include Gardai, Ambulance, Civil Defence, Private Security etc.”

BACK TO SCHOOL: 12,470 Cork families receive help with back to school costs
Previous Post
THINGS TO DO IN CORK: Ballymaloe Garden Festival – Sat 2nd and Sun 3rd September