The Macra season is in full swing in the Seandun Macra region with the final of three competitions being decided over the last week.

In the final of Question Time held in the Huntsman Pub, Belgooly Carrigaline Macra came first closely followed by Kinsale Macra in second place. Both teams will go forward to represent the region at the National Finals in Dublin on September 30th. 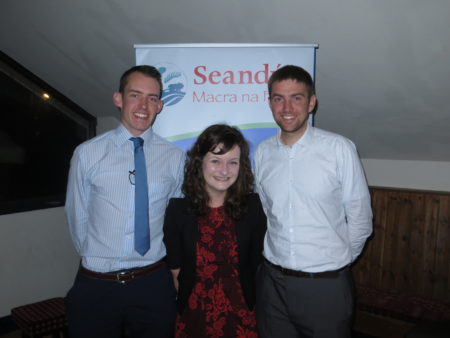 O’Shea’s Bar in Waterfall was the venue for the Seandun Final of Novice Debating. Four teams took part on the night. In the first debate a rainbow team of Cork City and UCC Macra members proposed the motion “that homework should be banned” and were vehemently opposed by Knockraha Macra. In the Second debate Glanmire took on a Seandun rainbow team on the topic that “RTE should have a maximum salary cap of €100,000 for all staff”. Both were highly entertaining debates but unfortunately judges Donal Linehan, Meig Collins, and Tom Carroll were faced with the difficult task of selecting only one team which could go forward from the region to take part in the Cork County Novice Debating semi-final. Congratulations to Glanmire Macra who won on the night closely followed by Knockraha Macra. Gillian Kenneally from Glanmire Macra was also awarded best speaker. 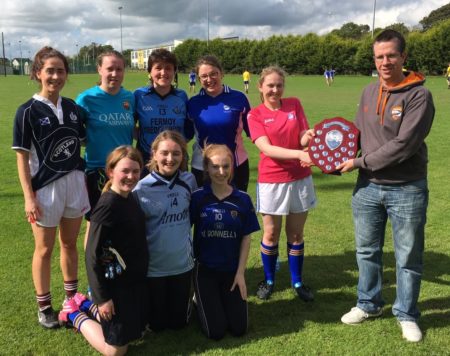 The Seandun Final of 7-a-side football was held at Ballygarvan GAA pitch early on Sunday morning September 17th where Glanmire emerged victorious in the men’s competition. In the final of the women’s competition Glanmire took on a Seandun rainbow team which consisted of members from Glenhill, Knockraha, Kinsale and Carrigaline Macra clubs. The rainbow team narrowly edged out their opponents to take the Seandun title for 2017 but Glanmire’s ladies will still go forward to represent Seandun at the National Finals.