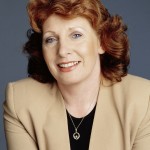 Ms. Lynch was speaking as she attended the Parliamentary Forum on Mental Health at Dublin Castle today.

“Any efforts to shine a light on the vital issue of mental health are to be welcomed, and so I am delighted to attend the forum on mental health today.

“While progress has certainly been made in recent years towards improving mental health services in this country, I am concerned that services for young people in particular are still far below par.

“Earlier this summer for example, figures from the HSE revealed that nearly two thousand children were waiting for over a year for an appointment with a psychologist. This is simply not good enough.

“It is vital that we take care of the mental health needs of our young people and earl y intervention and support is essential.

“We are just three weeks out from Budget day, and Labour will again be calling for mental health to be prioritised. We will be asking for access to counselling in primary care service for 16-25 year olds, in recognition that young people can be particularly vulnerable to mental health difficulties.

“We will also be calling for the expansion of the Jigsaw programme to five further locations across Ireland. This is a vital programme which aims to ensure young people have someone to talk to in times of crisis or difficulty.

“Labour will also continue to put pressure on Government to meet the commitments it has already made in the Programme for Partnership Government in the area of mental health.”