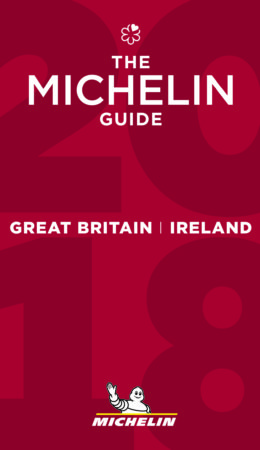 Michelin Bib Gourmand awards recognise those establishments that offer good food at affordable prices of EUR40 or less for a three-course meal.

Bastion serves food with distinctly Mediterranean influences and is located at the junction of Market Street and Main Street.

In addition to Bib Gourmand holders, 11 restaurants enjoy Michelin Star status. Those that have held their awards from previous years are the 2-star Restaurant Patrick Guilbaud and the 1-star Chapter One, L’Ecrivain and The Greenhouse in Dublin City, and Heron & Grey in Blackrock village. Elsewhere, other 1-star restaurants are Aniar and Loam (Galway City), Campagne and Lady Helen at Mount Juliet Hotel (Kilkenny) and House Restaurant at Cliff House Hotel, Ardmore (Waterford). A new addition this year is the Wild Honey Inn in Lisdoonvarna, Co Clare.

In addition, seven Northern Ireland restaurants feature amongst the Bib Gourmand listings: Belfast’s Deanes at Queen’s, Bar+Grill at James’ Street South, and Home in Wellington Place. Others are Noble and Fontana (both in Holywood), Old Schoolhouse Inn (Lisbane, Newtownards) and Wine & Brine (Moira).

For the wider guidance of readers and visitors to Ireland, this year’s Michelin Guide lists a total of 350 establishments in the Republic of Ireland and 74 in Northern Ireland, including many that offer overnight accommodation.

Speaking at its launch, Michelin Guide Great Britain and Ireland editor, Rebecca Burr, said: “I’m confident the demand for good food in Ireland, from tourists and locals alike, will see further development of its culinary landscape over the next few years.”

Published today by tyre manufacturer Michelin, the Great Britain & Ireland 2018 Guide is priced at EUR18.99 and is available at http://travel.michelin.co.uk/