The local authority is the largest in Ireland

Camden Fort Meagher will feature in the opening episode. The 400 year old military fort in Crosshaven, Co. Cork was an ideal location for the show. The underground tunnels proved to be very challenging in the time trials and the eliminator round that followed may be one of the toughest to date. Located on a 45 acre site of considerable natural beauty with extensive ocean views, Camden Fort Meagher comprises a sizeable number of buildings and a vast underground infrastructure. There are some stunning views from the Fort across the harbour to Spike Island and Cobh and visitors here get some of the best views of departing cruise liners. 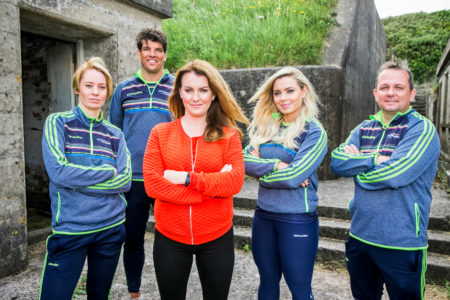 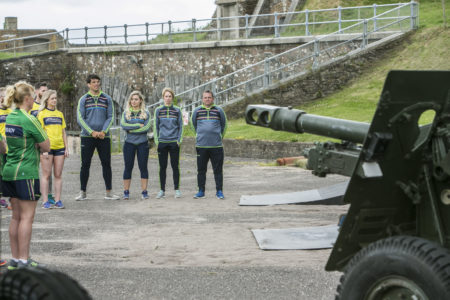 This is the second time that Cork County has been chosen as one of the locations for the show. The second series featured Spike Island which gave the competing families a chance to participate in gruelling obstacles in the beautiful setting overlooking Cobh and Cork Harbour.

We are particularly proud that this year three out of the four coaches are Cork Athletes – Last years winning coach Anna Geary, Cork Camogie, returning winning coach from Series 2 Derval O’Rourke Irish Sprint Hurdles record holder are joined this year by Donncha O’Callaghan, Munster and Irish Rugby Legend, and of course the coaching team would not be complete without Corks favourite Banner man Davy Fitzgerald who also has one win under his belt.

Camden Fort Meagher is open to visitors, with exhibits on the fort’s Brennan torpedo installation (the world’s first “practical guided weapon”) and one of the only resident 9/11 exhibits outside the United States. For more information visit www.camdenfortmeagher.ie

Cork County Council continues investing in Camden Fort Meagher to make it one of Cork’s major tourism attractions. To build upon this, JCA Architects Cork have been appointed to prepare a Masterplan for the Future Use, Conservation and Restoration of the fort. The Council wishes to create an attractive, sustainable and viable addition to the tourism and cultural infrastructure in Crosshaven and the Lower Harbour. This Masterplan will be the first step in achieving this goal and will build on the wonderful work already completed by Cork County Council, the Volunteers and the wider Crosshaven community