It is an everyday privilege to see the landscape of Cork City and County from the ground, but a rare opportunity to witness all that it has to offer from the air. Aerial photographer Dennis Horgan, however, is opening up our world to us, through his new publication entitled ‘Cork from the Air’.

His hardback collection of aerial photographs of Cork City and County, displays the landscapes’ vast complexities and recognises the local art, culture and beauty of Cork landmarks such as the newly redeveloped Pairc Ui Chaoimh, to Spike Island and Blarney Castle, while casting an eye on locations that even at ground level can be hard to reach, including Kilcrea Abbey in Ovens to Inniscarra Dam and Ballycotton Island Lighthouse. 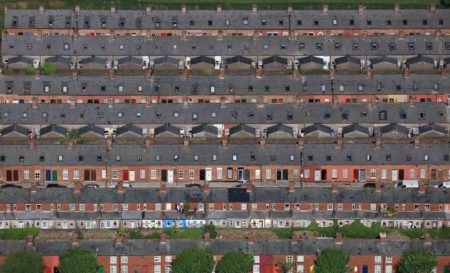 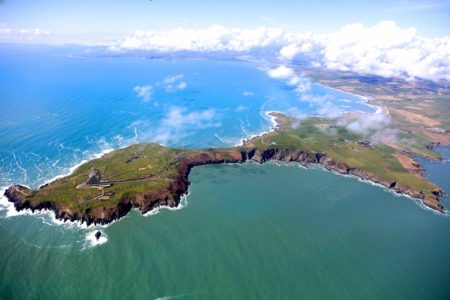 This collection of new images captures some of Dennis’s favourite views of Cork with its vibrant historic city comprising old and new buildings and the beauty of the county’s landscape. He attempts to capture how its inhabitants interact with the land around them and the impact civilisation has on our natural environment.
Ever since his youth, Dennis has had a passion for two things; photography and aviation. “I have spent many hours aloft capturing images of my native city and county, a place where I have lived all my life. Familiar landmarks or scenes are totally transformed when seen from the skies. On the ground high walls can prevent one from seeing hidden jewels – like the beautiful Italian-style gardens in the grounds of St Francis’ Church in Cork city. I’ve discovered over the years that it is only from above that one can truly appreciate the vast complexities of the Cork landscape in all its glory” he tells us.

“Some of the images were planned but others were not – I was just fortunate to be in the right place at the right time. Aerial photography can be challenging as one is always at the mercy of the weather” he adds.

Dedicated to his brother Pat and in memory of their parents, Dennis’s ‘Cork from the Air’ not only includes text from author and former RTE ‘Seascapes’ presenter Marcus Connaughton, but the foreword within is from none other than Oscar-winning film producer and educator, Lord David Puttnam.

“Dennis’s great talent is not just for framing a shot perfectly, but for finding the elevation that best suits his subject matter – somehow he always makes each image feel ‘just right’. They allow me to better understand the appeal of a childhood train set – it isn’t the trains, or the track, so much as the miniature and secure world they evoke, with their level crossing gates, their signal boxes and guards waving green or red flags. All perfectly to scale in an ordered universe. In this latest book Dennis offers some utterly gob-smacking images” Lord Puttnam says in his foreword.

The ‘Cork from the Air’ book launch is at 18:30 on this Thursday 9th November in Hayfield Manor Cork and is now available to purchase from €25 at Waterstones and Liam Ruiséal in Cork City. The book which will be an ideal gift for friends and family, corporates or even as a keepsake will also be available next week in all major bookshops in towns throughout the county.

For special requests such as signed copies or framed versions of the aerial photographs, contact dennis.horgan@gmail.com.

Mr. Horgan created the publication in association with Cork City Council and Cork County Council, along with the pilots and operation staff at Atlantic Flight Training Academy Cork Airport.

Dennis Horgan’s collection of aerial photographs in his new publication entitled ‘Cork from the Air’ includes 185 breath-taking images of Cork City and County’s landscapes, landmarks and natural beauty including: