Close to 200 people attended a lecture by Malachy Walsh and Partners (MWP) on technical aspects of the Redevelopment of Páirc Uí Chaoimh which won Engineers Ireland’s prestigious Engineering Project of the Year Award.

This event was held in the newly completed stadium and was attended by Cork’s engineering community.

The new stadium is the realisation of a long-held ambition by the Cork County Board (CCB) of the GAA to provide enhanced facilities to the 14 county teams and to clubs, colleges, and schools. It also forms part of Cork City Council’s new Marina Park which will run along the Lee as far as Blackrock Village and includes a second pitch. Seamus Kelly, MD at MWP, presented the history of the project since their appointment as Design Project Managers in 2012 with responsibility for all aspects of the engineering design.

He described the requirements of the CCB, which included bringing the stadium match-day capacity up to 45,300, whilst complying with latest safety requirements and enhancing all aspects of the spectator experience. The stadium is designed to host events from matches and concerts, to conferences, functions, and meetings.

Sean Breen of MWP, Lead Engineer & Project Coordinator for Páirc Uí Chaoimh, described specific aspects of the design and project execution. The South Stand, which provides covered seating over three tiers, is designed so that there are no columns in the seating area, thus providing clear sightlines for spectators. The design substantially improves all aspects of the stadium, from spectator access and catering provision, to player accommodation and broadcast facilities. The presentation gave construction details from groundworks and piling to final finishing of mechanical & electrical services. Of particular note was the installation of sections of the roof structure, each weighing over 63 tonnes, which were assembled on the ground before being lifted into place using a 750-tonne crane. 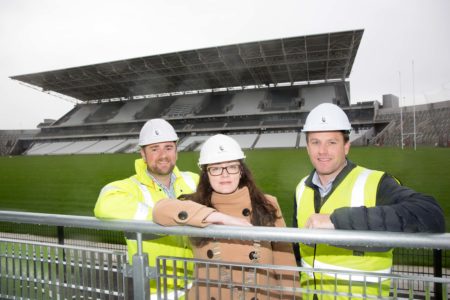 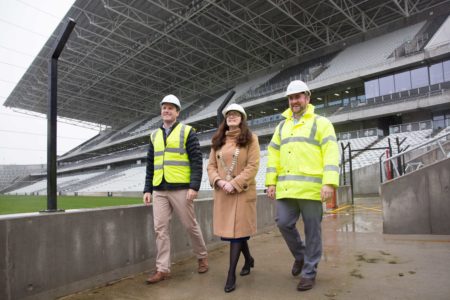 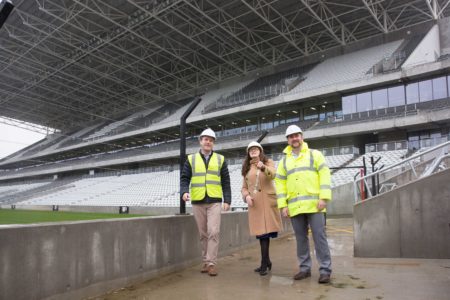 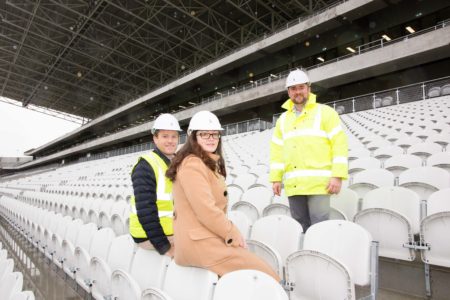 The next events in the Winter Lecture Series for the Cork Region will be Henry Kingston and Tim Murphy from Port of Cork on Port Infrastructure Enginnering – Importance to National Economy which will take place in the Rochestown Park Hotel at 7 pm on December 5th.

There will also be a talk by Denis McSweeney, former Marketing Director and Henry Ford & Son on Thursday, December 7th at 7 pm, which will take palce in the former Ford Factor on Centre Park Road.