Former Cork football captain Philip Clifford officially opened Lidl’s brand new store in Bantry today, which saw the creation of 20 new jobs in the locality. The new store boasts a state of the art architectural design and spacious store layout, meaning Lidl can offer customers a greater shopping experience with the same great value. The opening of Bantry brings Lidl’s number of stores in the Republic of Ireland to 154, with over 4,300 employees. 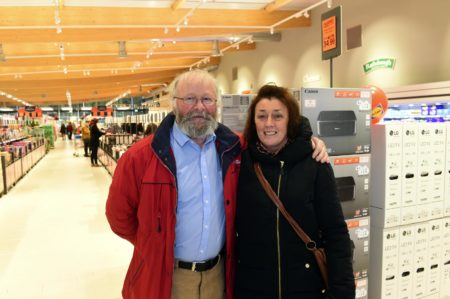 Tom and Catherine Bolster from Glengarriffe, Cork at the official opening of the new LIDL Store on Thursday.
Photo: Don MacMonagle 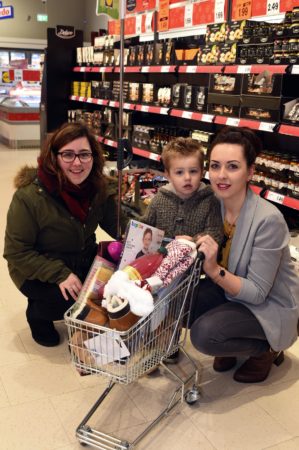 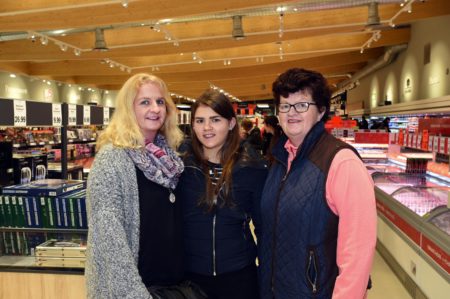 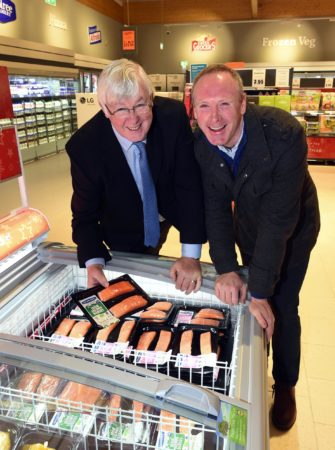 Speaking at the Lidl Bantry opening, Nerijus Salnis Store Manager said; “We are delighted to open Lidl’s 154th Irish store in such a fantastic location after 7 months of construction. The local community of Bantry have strongly petitioned for the store to open and we were delighted to have this support during the planning process. We are now right in the heart of a very vibrant community and the whole team is really excited to get to know our new customers over the coming weeks, especially in the run up to Christmas. We have a beautiful new store packed full of fantastic value and quality products at market leading prices.”

The new store has been welcomed by local suppliers such as Keohane’s of Bantry who supply seafood produce to Lidl’s network of 154 stores throughout the country. Mike Keohane Managing Director of Keohane’s of Bantry commented; ‘’Keohane’s is a family run seafood company from Bantry Bay and we are delighted to welcome the new Lidl store to the town today. Our relationship with Lidl over the last 6 years has helped us create new employment in the area and grow the business to reach new customers and provide fresh fish products across Ireland daily.”

Lidl is committed to working with its growing number of over 200 Irish suppliers to bring the best of fresh, local produce to its network of 154 stores throughout the Republic of Ireland. Lidl Ireland invests over €500 million per annum in sourcing Irish goods and services. Last year the retailer also pledged to create 600 jobs over the following 2 years to support their increasing customer numbers and growing market share.