SOCCER: #SignedFor2018 RedFM take over from 96FM as partners of Cork City FC

By TheCork.ie on 8th December, 2017Comments Off on SOCCER: #SignedFor2018 RedFM take over from 96FM as partners of Cork City FC

Cork’s RedFM are delighted to announce a new official partnership with Cork City Football Club for the 2018 season. 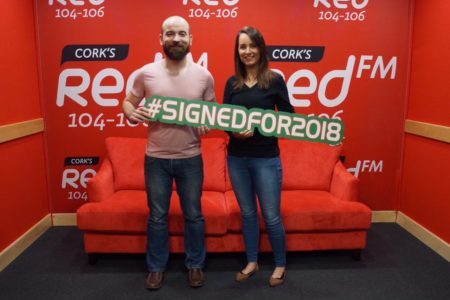 The announcement was made earlier today on the same day that the recent double winners launched their 2018 jerseys with new kit partners Adidas. Speaking about the partnership Diarmuid O’Leary CEO of Cork’s RedFM is excited about the year ahead, “we are delighted to be partnering with such a great club that has delivered such success over the last few years. Both Cork City and RedFM share a common goal of trying to provide great entertainment for the Cork public. We hope through this partnership both of us can continue to prosper for years to come”

Cork City Chairman Pat Lyons said: “Following a successful 2017, we are now looking ahead to the 2018 season and we are very pleased to welcome Cork’s RedFM to our stable of official club partners.” Pat further added that like RedFM “Cork City is a proud and energetic Cork institution who are aiming to build on recent success. We look forward to working with Diarmuid and his team over the coming weeks and months, and hope that we will both continue to thrive together.”

The partnership which will see the see the Cork’s RedFM logo appear on the sleeve of the Cork City Kit will also cement the strong relationship between both organisations in particular the coverage by RedFM sport. “We at Cork’s RedFM Sport are beyond thrilled to be media partners with Cork City FC – the league and cup champions. It’s the perfect fit – Cork’s best radio station and the best football team in the country” added Ruairi O’Hagan sports editor with Cork’s RedFM.

Ruairi also looks forward to bringing even more coverage of the rebel army in 2018 “we look forward to bringing City fans the latest news first, along with in-depth interviews with John Caulfield and his squad over the course of the season.” This coverage will be delivered across the season via sports bulletins, online coverage and in depth interviews on weekly sports show “The Big Red Bench” which goes out on Saturday’s and Sundays on RedFM at 6pm presented by Ruairi and Lisa Lawlor. 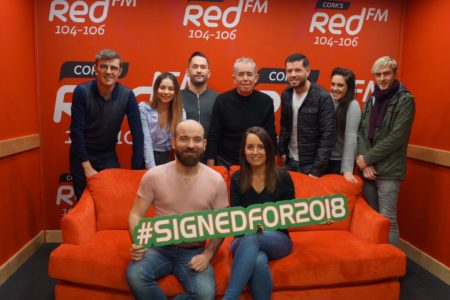 As part of the sponsorship Cork’s RedFM will also take over the match night entertainment and MC duties at Turners Cross throughout the season which will kick off in mid February. Cork’s RedFM will be joining UCC, The Mardyke Arena, Adidas, Clonakility, Evening Echo and Aspira as official Cork City FC partners for 2018.

The new home Cork City FC home kit goes on sale today in the club shop at 10am and can also be purchased via ccfc.ie

SOCCER: #SignedFor2018 RedFM take over from 96FM as partners of Cork City FC added by TheCork.ie on 8th December, 2017
View all posts by TheCork.ie →