WEST CORK: Baltimore Lifeboat tasked to MedEvac from Heir Island AND bodyboarders in trouble at Barleycove

By TheCork.ie on 30th December, 2017Comments Off on WEST CORK: Baltimore Lifeboat tasked to MedEvac from Heir Island AND bodyboarders in trouble at Barleycove

Baltimore RNLI called out to two separate incidents in one day

Baltimore RNLI was launched twice in the space of a few hours yesterday firstly to provide a medical evacuation from Heir Island and later to assist bodyboarders in difficulties in Barleycove. 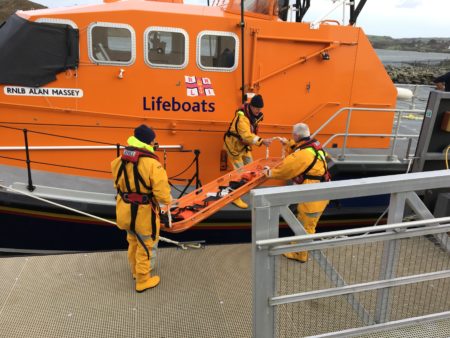 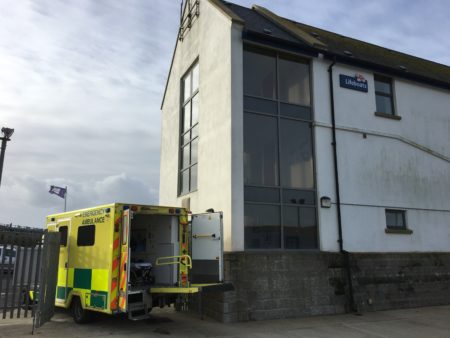 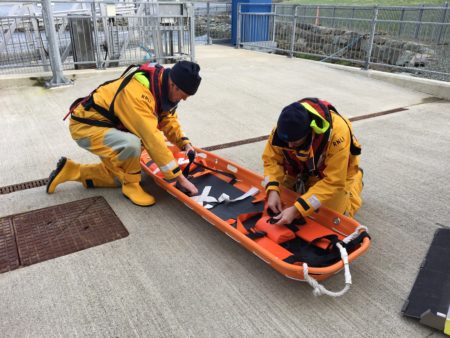 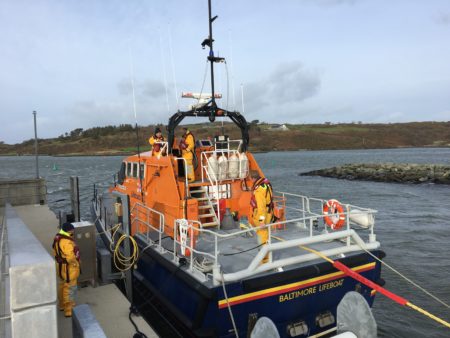 The volunteer lifeboat crew launched their all-weather lifeboat following a request from the Irish Coast Guard at 11.16am to provide medical assistance and evacuation to a lady following a fall on Heir Island off the coast of West Cork.

Once on scene, the volunteer lifeboat crew administered casualty care before transferring the patient back to the all-weather lifeboat. The lifeboat then returned to Baltimore lifeboat station at 12.05pm and transferred the patient to the care of HSE Ambulance crew. Conditions at sea during the shout were a north-westerly force 6-7 wind and 1m sea swell.

The crew launched a second time, at 4.18pm, following a request from the Irish Coast Guard after a member of the public alerted them that three bodyboarders were in difficulty off Barleycove near Mizen Head in West Cork.

The wind had eased considerably since the first call out, with a south-westerly force 3-4, but there was a rough sea state with 3-4m swell.

At 4.45pm when the lifeboat was 4 miles west of West Calf Island they were asked to stand down by the Irish Coast Guard after the three people had made it safely ashore. The lifeboat returned to the station in Baltimore at 5.15pm.

Speaking following the call out, Kate Callanan, Baltimore RNLI Volunteer Lifeboat Press Officer said: ‘With strong winds forecast over the coming days the Irish Coast Guard strongly advises to exercise caution in coastal areas and reminds people to ‘Stay Back, Stay High and Stay Dry’. If you see someone in difficulty in the sea of along the shore call 999 or 112 and ask for the Coast Guard.’

WEST CORK: Baltimore Lifeboat tasked to MedEvac from Heir Island AND bodyboarders in trouble at Barleycove added by TheCork.ie on 30th December, 2017
View all posts by TheCork.ie →