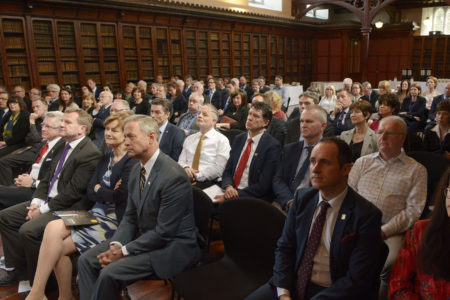 University College Cork (UCC) generates €2.3 million per day for the Irish economy, according to a new report launched this morning
Photo: John Sheehan

University College Cork (UCC) generates €2.3 million per day for the Irish economy, according to a new report to be launched today (May 14).

The Economic and Societal Impact Report shows that the University supports almost 15,000 jobs on an annual basis, which equates to approximately 1 in every 15 jobs in Cork city and county.

Highlights from the study include UCC’s total economic impact (Gross Value Added) amounting to €853 million annually; that output is produced for a €151 million state investment. For every €1 of state investment, UCC returns €5.68 to the Irish economy.

UCC graduates who remain and work in Ireland create extra economic value of up to €24.8 million for the economy in the first year after graduation, compared to non-university graduates, the study reveals.

“We’re an acknowledged centre of academic excellence in both learning and teaching, and we aim to make a significant, sustainable and responsible contribution to Ireland and its people. Beyond the jobs and the €2.3 million per day, UCC prepares world-ready and work-ready graduates and adds to the attractiveness of Cork as a place in which to live, work and to do business,” said UCC President, Professor Patrick O’Shea.

The effectiveness of UCC’s education programmes is evidenced by its student retention and employment rates. The report found that the first-year retention rate of 93.4% for the academic year 2017/ 2018 was on a par with elite third level institutions in the US, while employment rates of UCC graduates, including those in further study, were at an historic high, at 94% and 95% at undergraduate and postgraduate levels.

The culmination of an intensive six-month study – which relates to 2016 as its reference year – for the first time this report provides detailed evidence measuring UCC’s impact across five key areas: economic, workforce development, business, creation and discovery, and societal.

The University shapes and impacts the physical landscape of Cork as much as its heritage and culture, the authors claim, with its €241 million development plan (2017-2022) the largest planned by any organisation in Cork. In addition, UCC makes a telling contribution to areas such as the arts, the environment and sport, according to the authors, and “in many ways our analysis has shown that the societal impact of UCC is as wide as the financial impact is deep.”

On UCC’s positive impact on society, the report highlights how UCC has taken a lead role nationally in widening participation and access to third level education; 23% of UCC’s undergraduate intake comprises mature students, students with disabilities and non-traditional college-goers.

A significant contributor to business and industry needs, UCC attracts FDI and domestic investment into the South-West region, with seven of the world’s top 10 pharma companies now located in the vicinity of UCC. 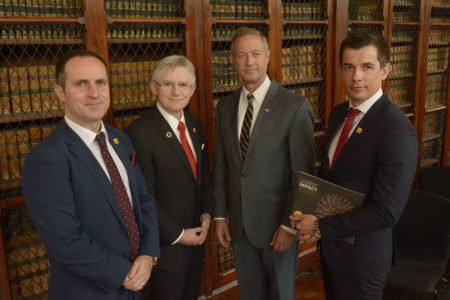 UCC’s €96 million (financial year end 2016) investment in creation and discovery, and the €10 million of that invested by the University’s industry partners, positions it as the leading university in Ireland for actively seeking and securing investment in research and development, the report reveals.