AWARDS FOR EVERYONE! 60 Cork Centra Stores “Recognised for Excellence in Areas of Hygiene and Food Safety” 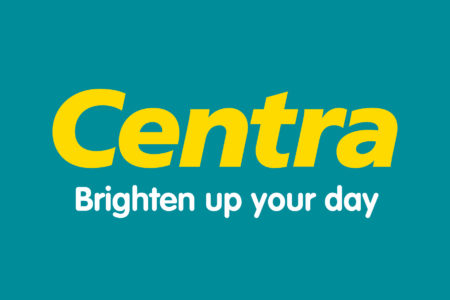 It was an evening of well-deserved celebration and excitement for 60 Cork Centra stores as they were honoured at the 2018 Centra Quality Awards for excellence in the fields of hygiene and food safety within their businesses.

Throughout the course of the event, which was held in the stunning Malton Hotel, Killarney, the Excellence Ireland Quality Association awarded a carefully-selected group of 29 Cork Centra stores with the Excellence Ireland Supreme National Hygiene Award – Q Mark; a prestigious nod to their continuous commitment to upholding exemplary standards of store hygiene and cleanliness. Each successful Centra store was chosen as a result of their ongoing hard work and dedication in these areas over the past three years, having displayed a clear awareness of the importance of providing the best service for their customers, as well as ensuring that quality, hygiene and food safety are continually prioritised by their team of staff.

The 29 Cork winners of the Excellence Ireland Supreme National Hygiene Award were:

Aside from this reputable accolade, a further 31 Cork Centra stores were also recognised during the event for their commitment to health and safety within the Irish food sector. These businesses were presented with the Excellence Ireland National Hygiene and Food Safety Certificate, which is another independent verification that the highest standards of operational hygiene and food safety are being met across the board by each of the selected convenience stores.

The 31 stores that proudly accepted an Excellence Ireland National Hygiene and Food Safety Certificate were:

Commenting on the importance of these prestigious awards, Martin Kelleher, Managing Director of Centra Ireland, said: “Each and every one of the stores that have been awarded should be incredibly proud of their achievement, which is a direct result of their consistent input into ensuring their food service meets – and even exceeds – the incredibly high standards put in place by Excellence Ireland. These awards act not only as a validation to store owners, management and staff that their hard work has been recognised, but it also assures customers that exceptional food safety standards are being adhered to within each of the winning stores. Peace of mind is hugely important to consumers, especially within the food industry, and this seal of approval allows customers of these Centra stores to shop with ease and confidence.”

Irene Collins of the Excellence Ireland Quality Association was also quick to applaud the worthy winners, saying: “Throughout this process, we have witnessed great dedication to diligence in food safety measures and excellence in quality control by a selection of Centra stores in particular. Many of these teams have gone above and beyond the call of duty to ensure that their store stands out from the crowd, making it an easy decision for Excellence Ireland to award them accordingly. We thank all of the winning stores for maintaining meticulous quality and hygiene standards and we would like to congratulate each of them on this fantastic achievement.”

With over 450 stores, Centra employs almost 11,000 people and serves over three million customers per week. Centra invests more than €240 million in local communities per annum, which is the equivalent of €4.5 million per week through a combination of payments to local suppliers, acquisition of local business services, wages, charitable donations and local sponsorships.