Located at the People’s Park, entrance off Church Road, the state of the art recreational facility cost in the region of €220,000 was principally funded by Cork County Council with additional funding from the Department of Culture, Heritage and the Gaeltacht Recreational Grants Scheme. 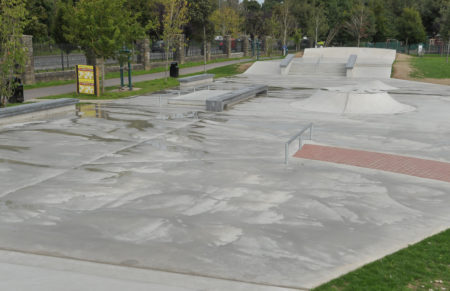 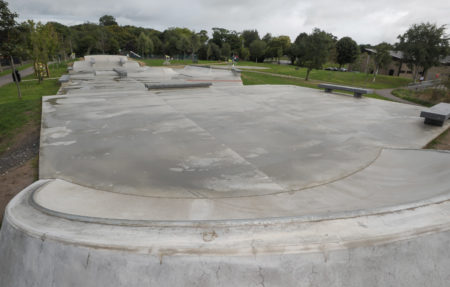 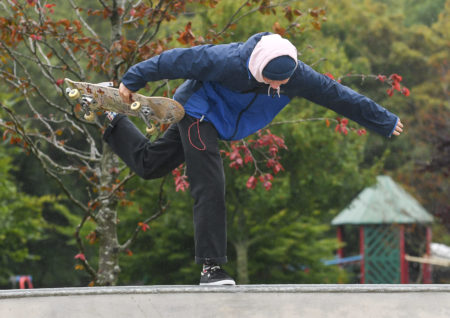 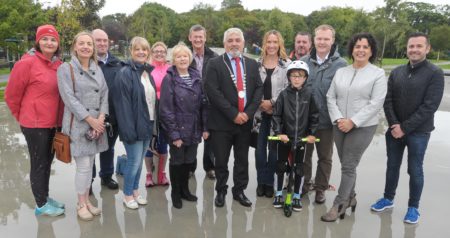 The skate-park, designed for use by ten year olds and older, will be a positive resource for the young people of Carrigaline as well as the greater community.

Commenting on the development, Chief Executive of Cork County Council Tim Lucey noted how the project is a further example of the Council’s continuing efforts to improve recreational facilities throughout the county and, together with the installation of the running track, the Playground, Multi Use Games Area and Tone Zone equipment, will add another dimension to the Park.

Speaking at the opening, Cllr Harris acknowledged all involved in the creation of the Skate Park, “Since its completion at the end of June, this park has proven to be very popular. I would like to congratulate all involved in helping create this wonderful facility, in particular Irish company Spraoi Linn who installed the park and members of the skateboarding community who assisted with the park’s design. The skatepark will be a major recreational facility for older children and teenagers in both Carrigaline and the surrounding areas.”

The official opening was a fun family friendly event for all ages with face painting and a puppet show keeping the younger attendees entertained together with some impressive skating demos and a skate board Jam. The skate park is open to everybody aged 10 and over.