The theme of this year’s Festival is “Together” or “Ensemble”, showing the strong connections between Ireland and France 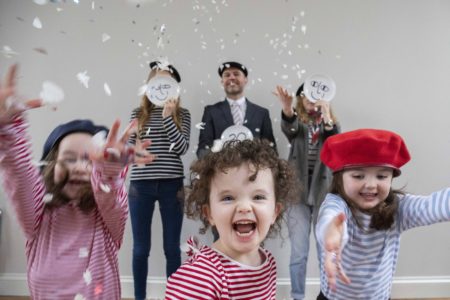 A photoshoot for 30th Cork French Film Festival. The event will take place from 3rd to 10th March 2019. The theme for this year’s Festival is “Together”.
Picture: Clare Keogh

Famous French actors, directors and DJs have been invited to Cork to take part in the festival. The opening gala of the Festival will be a big event this year with the screening of the opening movie followed by a party in St Peters in Cork. There will also be a number of food events during this year’s Festival as well as a focus on environmental issues in partnership with the Cork Environmental Forum.

Directeur of Alliance Française de Cork, Jean-Christophe Trentinella said: “What I love about cinema is that it perpetuates the timeless practice of gathering. Since the dawn of time, people have gathered around a fire to listen to stories. Today the screen has replaced the fire, but we are still here to listen to these stories because of the power they carry – the power to make us dream, to inspire us, to move us, to give us courage, to heal us and most of all to help us make sense of this great mystery that is called life.”

The theme of this year’s festival is “Together” or “Ensemble” and organisers say having this theme aims to explore the various ways in which we are interconnected, in which we try to address life’s challenges and make sense of life together in this era of uncertainty.

Jean-Christophe said the shadow of the Brexit looming over us is making us feel more acutely than ever this sense of interdependence and reinforces even more the strong ties between Ireland and France.

He added: “As such this year’s program is incredibly in tune with what’s happening today in our societies in general and in French society in particular. Some of the films might be difficult, with themes such as unemployment and social struggles, because these films give us a glimpse in other people’s life, their hopes and their challenges. There will be comedies of course, as well as family movies and classics. I am very proud of this year’s program, as it is a very sensitive account of what it means to be human.”

The programme for the 30th Cork French Film Festival has been curated by Guest Festival Programmer, Marie-Pierre Richard and will be announced shortly.