Cork Airport has appointed Brian Gallagher as their new Head of Aviation Business Development, a position responsible in liaising with current and new potential airline customers in helping establish new air services to Cork and increase its network. Having worked for the daa in multiple roles for the past seven years, Brian joins the team at Cork from his most recent post as Airline Business Development Manager for Dublin Airport.

Commenting on the appointment, Niall MacCarthy, Managing Director, Cork Airport stated: “We welcome Brian Gallagher as our new Head of Aviation Business Development. We have seen fantastic growth at Cork Airport with passenger numbers consistently on the rise over the last three years, and Brian’s expertise will only strengthen this success.”

Speaking on his new role at Cork, Brain added: “I am delighted to join the innovative and dedicated team at Cork Airport as Head of Aviation Business Development. I look forward to utilising my experience and knowledge of business development in the aviation industry to further strengthen route development at Cork Airport.”

Brian’s appointment comes at a time when Cork and its catchment continues to go from strength-to-strength. Recent developments in the city include Apple expanding its headquarters, while Cork will soon see the opening of new office spaces in Horgan’s Quay and Penrose Dock, further highlighting the confidence of developers and demand from investors in the city and region. Tourism also continues to thrive, with hotel room availability in the Cork region expected to grow 35% by 2022. 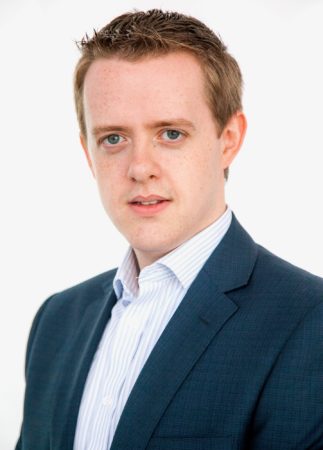 In 2018, Cork Airport handled over 2.4 million passengers, with the airport forecasting that passenger numbers will rise by a further 7% in 2019 to 2.6 million. Having welcomed a new daily hub connection to Paris CDG with Air France, along with new routes to Lisbon with Aer Lingus and London Luton with Ryanair last year, the airport is heading into 2019 with confirmation that six new, presently unserved routes, will be added to its route map, namely Budapest, Dubrovnik, Malta, Naples, Nice and Poznan.

Operation Freeflow needed for Cork to stop us being like Dublin
Previous Post
FARMING FINANCES: 20 tips from Ifac Cork