CO2 values set to increase by 21% under new WLTP measurements

Without reform, some motorists will opt for older, less environmentally friendly vehicles

Fianna Fáil Spokesperson on Finance, Michael McGrath has called on the government to overhaul the Vehicle Registration Tax (VRT) system in light of the introduction of the Worldwide Harmonised Light Vehicle Test Procedure (WLTP). 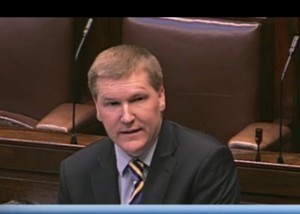 Deputy McGrath commented, “Following recent emission scandals, a new test was established to properly measure CO2 emissions in new cars. The WLTP is scheduled to be applied in full to VRT from January 2020. According to the tax strategy papers, the WLTP will see CO2 values increase by around 21% on average. More worrying is the fact that lower emitting cars are expected to increase by some 41%, while the highest emitting cars will not increase materially at all.

“Without reform of the Vehicle Registration Tax, motorists buying new cars will see very significant increases in their VRT bill. The real effect of this will put people off buying new, more efficient and cleaner cars because it will more economical to buy older, dirtier cars. Ireland already has one of the oldest car fleets in the EU.

“The incentive to buy lower CO2 emitting cars will certainly be diminished. The continued move to electric vehicles needs to be fully supported and backed up with investment and policy certainty. In tandem, the government needs to ensure it doesn’t perversely end up incentivising people to buy older vehicles that are more damaging to the environment and public health.

“I believe the Minister should consider expanding the VRT bands to avoid very serious impacts on the consumer and the motor industry, given the fact that lower emitting cars are facing the biggest increases.

“People should be incentivised and rewarded for buying more efficient cars. With no reform to the VRT system, motorists will be punished for doing the right thing”.