Curator of that museum and Deputy Mayor of the island, Mr Luke Agati, is one of a delegation from Tasmania to visit Passage West Maritime Museum this month to sign a friendship agreement between the two maritime museums.

Chairman of the Municipal District, Seamus McGrath will sign the agreement The aim of the agreement is to foster and develop mutual understanding and to develop a cultural bond of respect and friendship between the people of Tasmania and the people of Cork for all time.

Dr. Christina Henri, who will be joining Mr Agati on this visit, has ties with Cork having produced the Roses from the Heart bonnet project in Cobh a few years ago. The bonnet installation is a unique memorial in Cobh Heritage Centre to the thousands of women transported from Ireland from 1788 to 1853 acknowledging the contribution these women made to the foundation of a new nation.
The visitors from King Island will present the Maritime Museum in Passage West with a sculpture by Tasmanian artist Catherine Stringer. The piece made with marine macro-algae, harvested near the site of the Neva wrecking, honours the women and children aboard the doomed ‘Neva’ and a copy of historical documents concerning the Neva from the King Island museum’s collection.

Signing the Friendship Agreement Chairman of the Municipal District, Cllr Seamus McGrath commented “We have a vision of Cork as Ireland’s Maritime Haven – with over a thousand years of maritime history, sometimes tragic, it has a truly unique heritage. This friendship agreement is a wonderful way to acknowledge the heritage and history that inextricably links our two places despite the thousands of miles between us.” 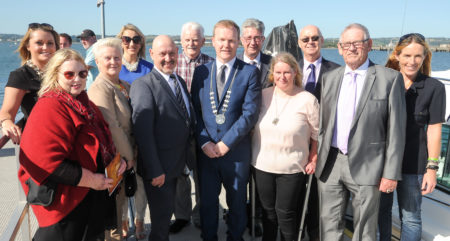 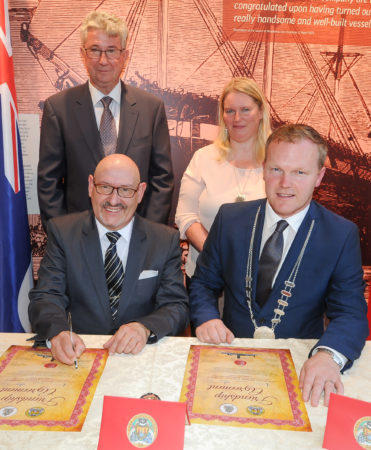 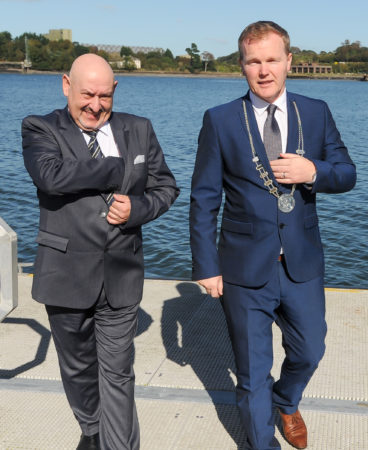 The courtesy visit of the King Island Historical Society of Tasmania to the Passage West Maritime Museum, in association with Cork County Council. Picture: David Keane. 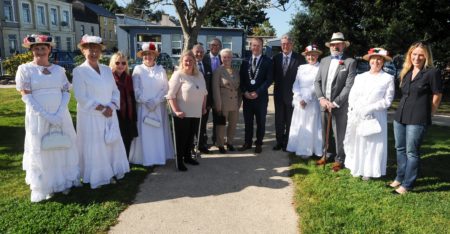 The courtesy visit of the King Island Historical Society of Tasmania to the Passage West Maritime Museum, in association with Cork County Council.
Picture: David Keane.

In January 1835 the ill-fated convict ship ‘Neva’ left Cork Harbour bound for Australia with over 200 Irish women, children and babies onboard. Many were convicted of petty crimes, while others were wives of transported Irish convicts. After four months at sea, the ‘Neva’ hit a reef and sank north of King Island, off Tasmania, taking 224 lives. Of the Neva only a single timber fragment remains and is on display in the King Island Museum.

Luke Agati, King Island Deputy Mayor and President of King Island Historical Society, said “A dependency of Tasmania, King Island which lies at the entrance of the Bass Strait in the southeast of Australia, is as unique in many ways as this occasion. Of the hundreds of ships that left the shores of Ireland for the New World of Australia, one in particular has brought our two inimitable communities together from which we forge a solid bond of mutual friendship, despite our distances.”

Chairperson of the Passage West Maritime Museum Angela Murphy added “On behalf of Passage West Maritime museum we are delighted to be involved with King Island in this friendship agreement. Since the early 1600’s the port of Passage West has been involved with the emigration, forced and voluntary to many parts of the globe. From Cromwellian time to the white slave trade to the West Indies and New England, convicts to Australia and settlers to South Africa, Passage West has played a major role in these sad events. We are honoured to be linked and to commemorate the wreck of the Neva and the tragic loss of the female convicts and their children.”

Tynan calls for improvements to be made in “audible” pedestrian crossings
Previous Post
Giant Hogweed, Himalayan Balsam and Japanese Knotweed: are clogging up Irish rivers
Next Post
Tweets by @TheCork_ie