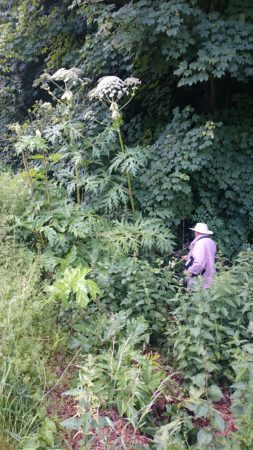 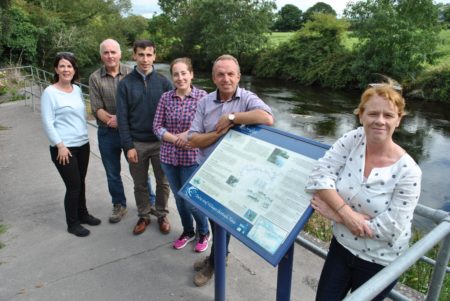 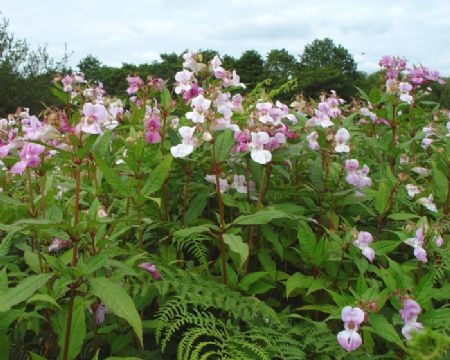 Working in partnership with the BRIDE Project Cork County Council has recently commissioned JBA Consulting to carry out an Invasive Plant Species Survey along the River Bride. The aim of the project is to map non-native invasive plant species which occur along the river bank, and it is planned to follow up by developing a strategy to eradicate these species from the river valley over the next number of years.  The main target species of the survey are Giant Hogweed, Himalayan Balsam and Japanese Knotweed.

The Mayor of the County of Cork Cllr. Christopher O’Sullivan explained “This project targets non-native plant species along the river bride. Species that were planted in large gardens and estates in the past and have since escaped and spread along our hedgerows and river corridors.  They have adapted well to the Irish climate, they can spread quickly, out-competing our native species and disrupting the natural balance of our native ecosystems.”

To date, surveyors have mapped the lower reaches of the river, from Bridebridge to the Waterford border. Giant Hogweed and Himalayan Balsam have been found throughout this stretch of the River Bride.  In some areas, Giant Hogweed dominates the bank-side vegetation and has spread well into adjacent fields, especially in areas prone to flooding.

Signs of bank erosion have been noted in areas with severe infestations of Giant Hogweed and Himalayan Balsam, as these species die back in the wintertime leaving bare banks exposed.  Giant Hogweed is also a public health concern as this species has a toxic sap which can cause severe skin burns to people who become exposed to it. This large plant should not be confused with our smaller native Hogweed, which is harmless.

The surveyors will be concentrating their efforts in the upper sections of the River Bride over the coming weeks and will also survey some tributaries which they believe to be the source of invasive species.

Mayor O’Sullivan went on to say “Once the mapping of invasive species is complete, Cork County Councils will engage with landowners to develop a catchment-wide eradication strategy to be implemented over the coming years.”

The Bride Survey project team values all the support they have received from landowners during the project and would appreciate their ongoing support for the duration of the project.

Any landowners who wish to enquire about the project or provide information on invasive species in their area are invited to contact Sharon Casey, Cork County Council 021 4285869, or the Bride Project office in Castlelyons on 025 37519.

This project is funded by Cork County Council and the Department of Culture, Heritage and the Gaeltacht under the National Biodiversity Action Plan funding scheme.