Sean McKeown, Director of Fota Wildlife Park said “We are delighted to open this exhibition here today with our partners Cork Airport who have given us this very fitting space in which to display the finalist’s images. The response we got was huge with 840 individual entries coming from all over Ireland and abroad. We wanted to open the competition to all ages, abilities, from photographers with a professional lens to your Smartphone user as we feel that the experience at Fota is unique and subjective and can be captured by anybody really with a camera – and we felt these images were most apt for the 2020 calendar.” 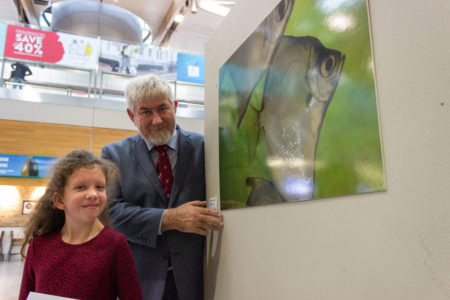 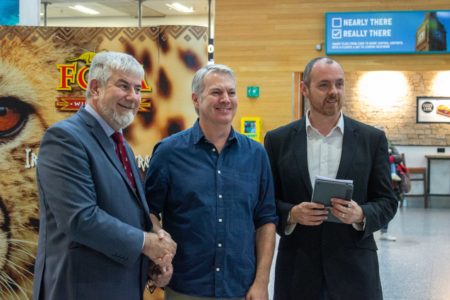 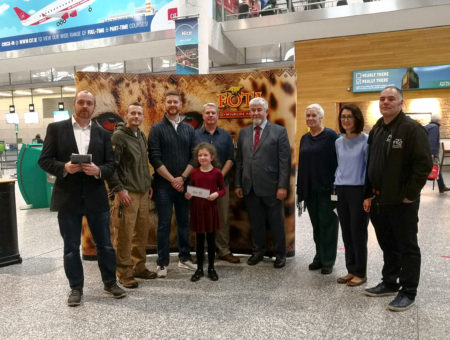 Darragh Kane, who was judging the competition said, “It was just amazing to see such as high standard of entries, obviously we were expecting and saw that from the professional category however, I was so impressed overall with the quality of images submitted – it made choosing the finalists extremely hard!”

Kevin Cullinane, Head of Communications at Cork Airport said: “Cork Airport is delighted to host the award-winning photographs in the main terminal in partnership with our friends at Fota Wildlife Park. Fota is one of the major tourism attractions for visitors across the South of Ireland annually and we are delighted to showcase this world-class amenity to the international travellers that fly in and out of Ireland’s busiest regional international airport daily. We are delighted that the winning photographs are part of the latest high-profile exhibition at Ireland’s fastest-growing airport this autumn which is truly impressive.”

There were six categories open for entry from the 1st of June to the 31st August and the winners and runners up (who won various prizes including Conservation Annual Memberships, family day tickets and €300 individual prizes) are:

The photography exhibition is open to the public during the month of October at Cork Airport landside terminal building (opposite Bank of Ireland). The 2020 pictorial calendar will be available from Fota Wildlife Park mid-October.

Fota Wildlife Park, Ireland’s Wildest Attraction, is Ireland’s only zoological wildlife park and is set on 100 acres on the scenic Fota Island in the heart of Cork Harbour. Open daily. See www.fotawildlife.ie for more.

Cork Racecourse Raises €72k for Marymount Hospice
Previous Post
WEST CORK CRIME COULD INCREASE? New Garda Divisional HQ will be based in Macroom (instead of Bandon)
Next Post
Tweets by @TheCork_ie