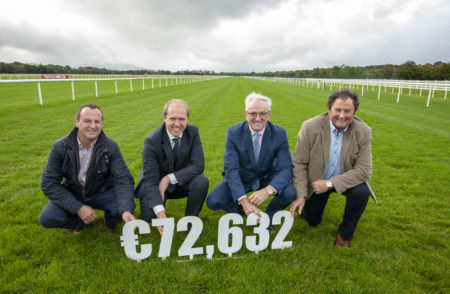 Winner All Right! Following the hugely successful charity raceday at Cork Racecourse, Mallow in aid of Marymount University Hospital & Hospice on August 17th, it was announced that a phenomenal €72, 632 was raised for Marymount’s community palliative care services. This vital service offers support to people who are living at home with a serious illness in Cork City and County. Pictured at the announcement, were, from left: Dan Duane; Andrew Hogan, Cork Racecourse Mallow; John O’Doherty, Board Member Cork Racecourse Mallow and Michael Duane.
Pic: Brian Lougheed 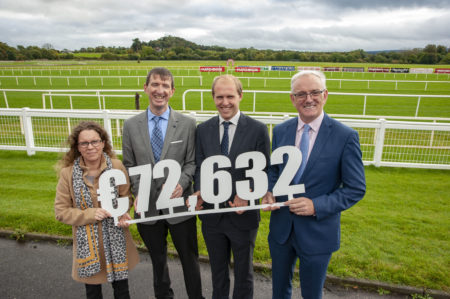 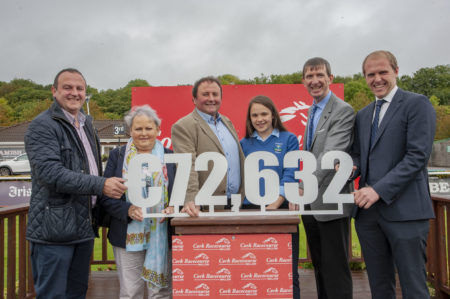 Cork Racecourse together with Marymount University Hospital and Hospice are delighted to announce that the recent charity raceday on Saturday, August 17th in aid of Marymount raised a staggering €72,632 for the Cork hospice.

Graham Lynch, Marketing Executive at Marymount, commented, “On behalf of all the team at Marymount, I want to say a massive thank you to everyone who made the Marymount Charity Race Day such a success, to those who attended and to those who were involved in making it happen.”

All the funds that were raised at the inaugural race day on August 17th will go towards Marymount’s community palliative care services. Palliative Care, once regarded as an area of care concerned only with end of life care, is now recognised as a medical specialty, improving the quality of life for people with life limiting illness.

At Marymount, this vital service offers support to people who are living at home with a serious illness and is completely free of charge, running seven days a week. As a result, Marymount heavily relies on donations to maintain these vital services that their palliative care nurses offer.

Graham Lynch stated “Marymount has to raise over €3.5 million each year in order to continue providing its invaluable services and so for us, these fundraisers are vital. We can’t express how much we appreciate peoples’ continued generosity.”

A cheque was officially presented to Marymount Hospice at Cork Racecourse by the Racecourse Manager Andrew Hogan. At the presentation, Andrew stated, “Marymount is a place that has touched the lives of many people in Cork and its surrounding counties, where the care and support provided is invaluable. So of course, we were so delighted to be able to support Marymount on August 17th. Since the second we announced the details of the charity race day, the support flooded in. We even had grand national winning legend Monty’s Pass attend the launch at Marymount which was a very special moment for many of the residents as they reminisce on his famous win. The people of Cork and further a field really showed their support for Marymount and it was fantastic to witness.”