Cork County Council have delivered a newly refurbished and enhanced playground at Charleville Town Park which will be officially opened by Mr Patrick O’Donovan T.D, Minister of State at the Department of Finance and the Department of Public Expenditure and Reform, later this week. 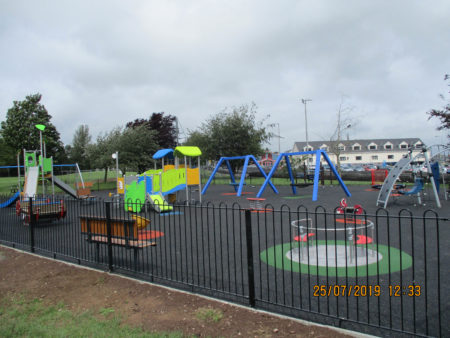 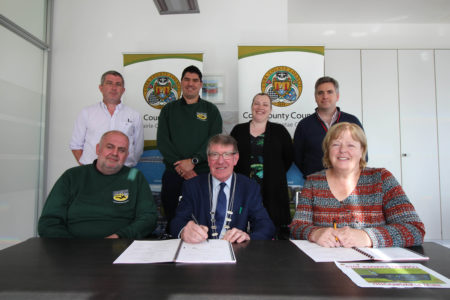 The opening event takes place on Saturday 26th October at 12.00pm and will feature appearances from Paw Patrol, Sheriff Woody, and the LOL Dolls. There will be free refreshments and treats, and visitors are encouraged to come in their Halloween Costumes.

Mayor of the County of Cork Cllr. Christopher O’Sullivan said:

“Public amenities are hugely important in our towns and villages. Community halls, parks and playgrounds are key areas in every community and serve a vital function. This playground will be a huge benefit for families in Charleville and the surrounding villages for years to come”

The new facility, which has been in use since July, has undergone significant improvement works as part of the Town and Village Renewal Scheme with €100,000 allocated to it through Cork County Council in 2018.

The Town and Village Renewal Scheme is a key part of the Government’s Action Plan for Rural Development. It focuses on projects which can help to enhance rural towns and villages, with a particular emphasis on stimulating economic development.

Contracts for the work which were awarded to Browne Brothers site services Ltd of Loughlee, Carrigadrohid were signed in May this year for the €130,000 upgrade which included extensive refurbishment of the existing playground as well as the installation of new play equipment along with new surfacing, enhanced accessibility, the addition of sensory equipment, seating and perimeter fencing.

Cork County Council is also advancing improvement plans to the Town park which will include new walking paths, significant landscaping to include new native tree planting and wildflower planting, public lighting, a featured grass mound area for children as well as enhanced pedestrian access from the town park to the playground.