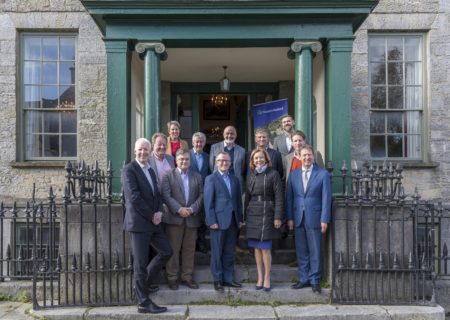 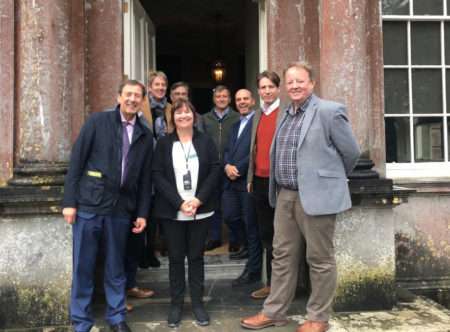 Creagh House in Doneraile, Co Cork, was the venue for the October board meeting of Tourism Ireland, which took place yesterday (Thursday, 24 October). The board members took the opportunity to meet with representatives of the local tourism industry, to discuss overseas tourism this year and the extensive promotional programme which Tourism Ireland is undertaking to highlight Cork city and county, the Wild Atlantic Way, Ireland’s Ancient East and the island of Ireland around the world in 2019. They also visited Doneraile Court.

Speaking after the board meeting, Niall Gibbons, CEO of Tourism Ireland, said: “We were delighted to be in Co Cork for this month’s board meeting and to have the chance to meet with representatives of the local tourism industry and to hear directly how their business is doing. It also gave us the opportunity to discuss the extensive promotional programme which Tourism Ireland is undertaking around the world this year, to promote Cork and the island of Ireland to prospective visitors.”

Latest CSO figures, for January to September 2019, indicate a very mixed picture – with growth of just +2.2% in overseas arrivals. The uncertainty around Brexit is an ongoing challenge, giving rise to consumer concern in Britain and some Mainland European markets. Our latest wave of Brexit research – carried out in Britain, France and Germany – indicates a heightened risk of consumers postponing trips, due to uncertainty.

Cork city and county, its spectacular scenery, rich heritage and history, world-class visitor attractions and events, feature prominently in Tourism Ireland’s promotions around the world. Tourism Ireland profiles Cork and the Wild Atlantic Way extensively on its global suite of websites, Ireland.com, which attracted more than 20 million visitors in 2018. Cork is also highlighted through Tourism Ireland’s social platforms – to its 4.4 million active Facebook fans and 523,000 followers on Twitter.

In 2018, Tourism Ireland helped generate almost €77.5 million worth of positive publicity for Cork city and county in key markets around the world, through press releases, press visits, e-newsletters and various media events.