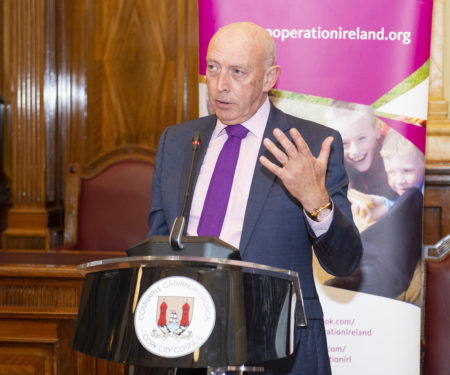 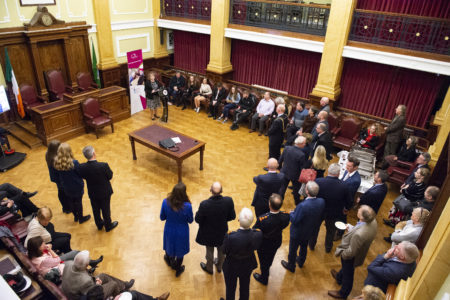 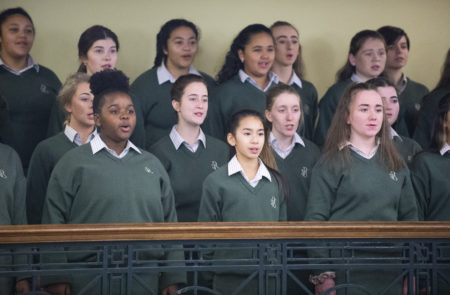 The role of Cork-based individuals in building the Irish Peace Process through their support of charity Co-operation Ireland was celebrated at a special event in Cork City Hall Council Chambers on Tuesday, November 12.

To mark Co-operation Ireland’s 40th anniversary, Lord Mayor of Cork Cllr John Sheehan hosted a reception recognising the work and commitment of all those who participated in bridge-building work over the last four decades.

In this time, Cork has played a central role in supporting Co-operation Ireland’s aim of developing a peaceful and stable island, free of sectarianism, where difference is respected, and people of all backgrounds work together for a better future.

Since 1979, the Cork committee of Co-operation Ireland has supported the work of the charity in the region, by helping to create opportunities across all sectors to build positive relationships with their counterparts from Northern Ireland.

Mr Sheridan said it would be easy to underestimate the role played by people from the city.

“Cork may be as far from Belfast as you can get on the island but that didn’t stop a range of people coming forward to give their time and effort to helping to build relationships between north and south over the last four decades.

“Through our youth exchange programmes and partnerships with organisations such as Cork VEC and the Cork School of Music, the ordinary people of both cities now have developed firm friendships that will take on an even greater significance as we emerge from the ongoing Brexit process.

“Since Dr Brendan O’Regan started Co-operation North as it was then known, we have operated programmes that united both cities and am I delighted these peacebuilding efforts are being recognised in our 40th year.”

Co-operation Ireland is Ireland’s leading peacebuilding charity, working to promote and encourage interaction, dialogue, and practical collaboration between the peoples of Northern Ireland and between Northern Ireland and the Republic of Ireland. For more information visit www.cooperationireland.org.