Cork Airport held an Emergency Exercise recently with multiple first response agencies in Cork as part of the airport’s ongoing preparedness to respond in the advent of an emergency in the hours of darkness. 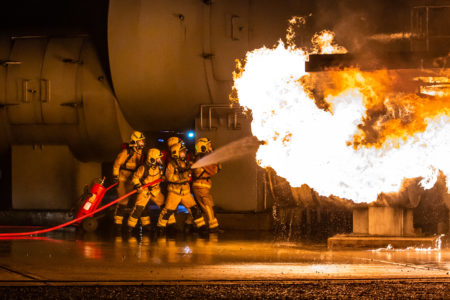 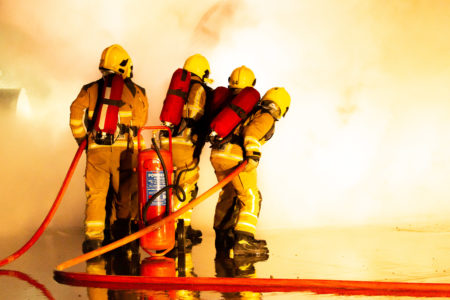 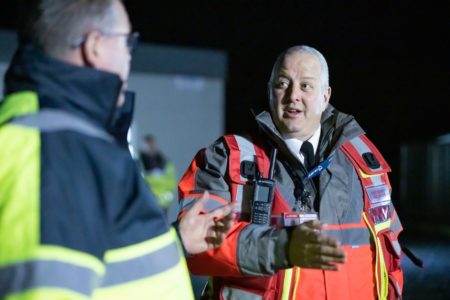 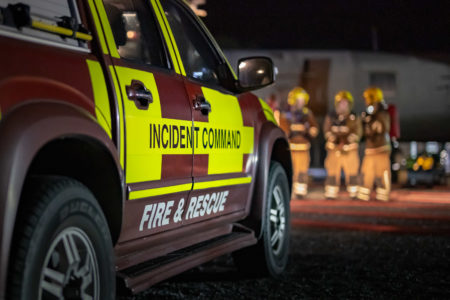 Cork Airport is a Category 7 Airport and as part of the European Union Aviation Safety Agency (EASA) requirements, emergency exercises must be conducted at regular intervals and reflect the operational hours of the airport including the hours of darkness. Cork Airport is also required under International Civil Aviation Organisation (ICAO) and Irish Aviation Authority (IAA) airport licensing regulations to conduct a bi-annual exercise to test its response to a major aircraft incident on the airport campus. This exercise was planned for between the hours of 7.00 pm and 10.00 pm. There was an increased presence of emergency vehicles at the airport, but this had no impact on commercial flight operations.

The exercise involved a scenario where a Boeing 737-800 aircraft had developed a technical issue with the aircraft’s undercarriage hydraulic system and was on approach to Cork Airport. The aircraft’s caption advised air traffic control that they suspected a significant hydraulic leak and were declaring an emergency. In the exercise simulation, Cork Airport’s emergency plan was initiated in addition to the activation of the Inter-Agency Emergency Plan for Cork Airport. The aircraft on landing on Runway 16 suffered an undercarriage collapse of the port side landing gear and suffered an uncontained engine fire. The aircraft came to a full stop on the runway and an evacuation of the aircraft commenced under the control of the captain and crew. Fire and rescue operations were then commenced by Cork Airport’s Police and Fire Service who were subsequently backed up by their colleagues in the Cork City and County Fire Services, the HSE Ambulance Service and An Garda Síochana as the situation was stabilised and a satisfactory conclusion to the exercise was reached.

Commenting on the exercise, Ken Roberts, Chief Fire Officer at Cork Airport said: “We carry out exercises to test contingency plans and the co-ordination of the response to a major incident on a regular basis with key stakeholders. This exercise is one of a number of routine exercises within our Business Continuity Exercise Programme at Cork Airport, organised to test our response and that of the Emergency Services and other partners with our Crews. I am deeply appreciative of the inter-agency response and co-operation we enjoy on an ongoing basis, he added.”