1920 was a historic pivotal year for Cork City, so 2020 will be a year of commerations 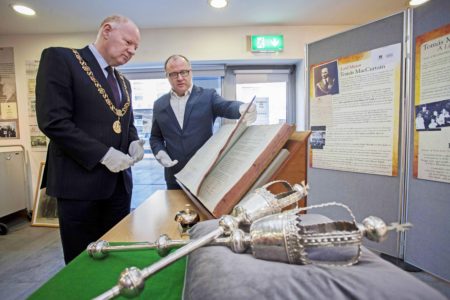 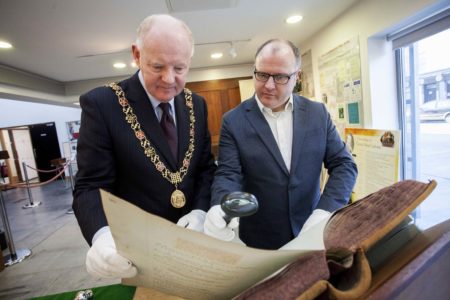 Cork City Council will hold a Special Meeting on 30th January 2020 to commemorate the first meeting of Council elected by proportional representation – the first of a programme of events in Cork to mark the 1920 centenary, a pivotal year in the city’s history and the birth of the nation.

Under the steerage of Lord Mayor of Cork, Cllr. John Sheehan and a cross party committee of Elected Members, a rich and varied programme of events is planned for 2020 which is roundly described as ‘Cork’s 1916’, so seismic was it in the second city’s history.

This commemorative event will take place at Council Chamber at City Hall at 6.30 p.m. Former Lords Mayor, TDs, Senators and Elected Members will read excerpts from the minutes of the January meeting 100 years ago.

A musical piece will open the meeting and a reception will be held at City Hall that night with leading members of the city’s business, voluntary and community sector invited.

Lord Mayor, Cllr John Sheehan said “The election of a Republican majority Council and Republican Lord Mayor changed everything, not just in Cork but nationally. It gave a democratic mandate to Tomás MacCurtain and later Terence MacSwiney so that their deaths later that year were a direct blow to the citizens and not just the deaths of activists in the armed struggle.”

“2020 is a very important year for Cork. The Special Meeting in January will raise the curtain on a year of commemorative events in Cork City, marking the fundamental role played by Cork in the struggle for independence.”

Over the course of next year, Cork City will commemorate the death of the city’s two martyred Lord Mayors, Terence MacSwiney and Tomas Mac Curtain and the Burning of Cork City. The Burning of Cork by Crown Forces devastated the city in December 1920, destroying more than 40 business premises, 300 residential properties, Cork City Hall and Carnegie Library, hugely impacting the local economy.

This Special Meeting of Cork City Council will be streamed on www.corkcity.ie.