Davis College, a multi-denominational secondary school under the auspices of the Cork Education and Training Board, is hosting its seventh annual Model United Nations. The event is taking place at City Hall in Cork and runs from Tuesday 21st February to Friday 24th February. The event this year has garnered over 600 attendees, including 550 student delegates and 70 admin staff. 50 teachers and 38 schools are involved in the event, and students from Limerick, Tipperary, Kerry, and even Portugal and Spain have travelled to Cork to participate.

The keynote speaker for the event is Irish activist, sports journalist, and Cork native Joanne O’Riordan. Joanne suffers from Tetra-amelia syndrome and previously spoke at the United Nations about how technology has transformed her life. The Polish Ambassador to Ireland, Lukasz Chimiak, and The Ambassador of Latvia to Ireland, Janis Silis, were also in attendance at this year’s event. 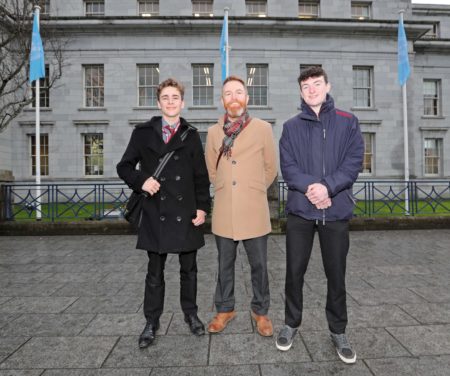 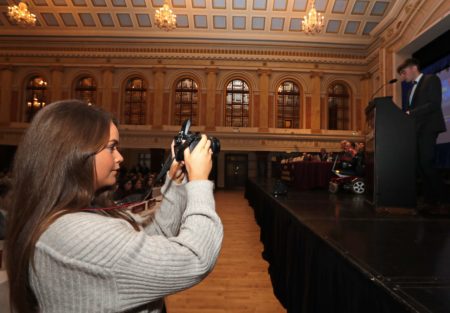 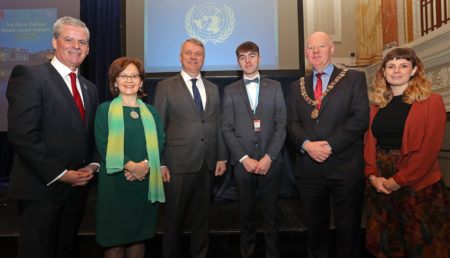 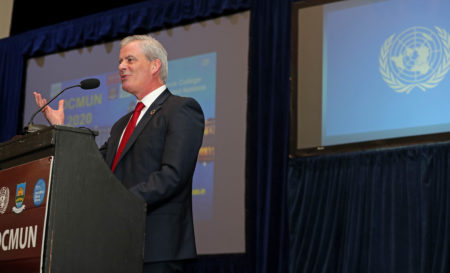 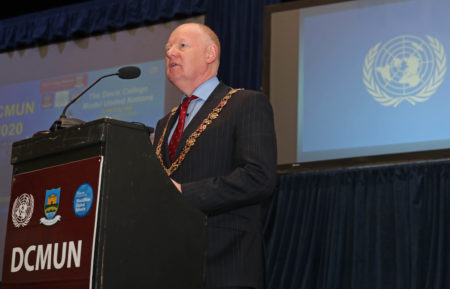 The Davis College Model United Nations simulates the UN General Assembly, Security Council and Special Conference. Students represent countries and speak and work on behalf of those nations in relation to a selection of pre-determined issues, including:

Denis Leamy, Chief Executive, Cork Education and Training Board, said: “I am delighted to see the Davis College Model UN return for a seventh year. It represents an invaluable opportunity for students from Ireland and abroad to debate and explore some of the key issues of our time. I’m very proud of all the students from Davis College and the other CETB schools who are participating in the event this year. I would also like to thank all of the teachers and staff members involved in the event, for their hard work and commitment.”