Ireland 2020: The Housing crisis, no place for the young? 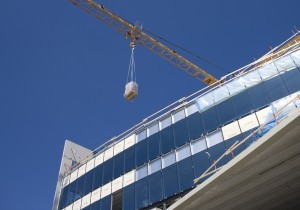 Offices are being built apace, but what about houses?

This comes on the back of a Eurofound report that found almost half of young adults in this state are living with their parents, as reported in the Irish Times today.

“A whole generation is being locked out of ever having a permanent home in Ireland. This is the obvious conclusion to be drawn from the a Eurofound report which shows that the number of Irish people aged 25-29 living at home grew at one of the highest rates in Europe in the decade between 2007 and 2017.

“Just over 47% of people in this age group were living at home, a rise of just over 11% over ten years compared to an average rise of 2% across the rest of Europe.

“Young adults living at home with their parents require housing solutions, and the require them now, rather than more long-fingering and an over reliance on the private market.

“Governments are supposed to come up with solutions for people caught in this limbo, and it is time for any incoming government to intervene, and to start building both affordable housing, and produce properties with affordable rents.

“I can only imagine what it must be like for these people to reside with their parents, whether it is sleeping in a box room or on a couch.

“The transition into adulthood is being delayed, and those wishing to start families of their own are being impacted by failed policies of Governments gone by.