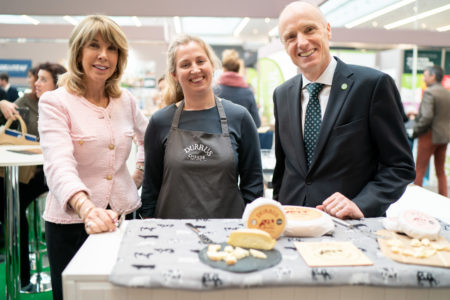 Commenting on the opportunity for Irish farmhouse cheese, Bord Bia France and Belgium Manager, Finnian O’Luasa said, “The strong and sustained growth of Irish artisan cheese exports to France, from 5 tonnes to over 35 tonnes in the last 8 years, is an invaluable endorsement of the quality of Irish farmhouse cheese internationally. As the epi-centre of gourmet cheese, France remains a key market for the sector and Salon du Fromage is an important event in the specialty dairy sector’s calendar.

He added, “Given the challenges of Brexit and US tariffs coming to the fore in recent, the event is an ideal opportunity to showcase Irish artisan cheese to new buyers, while also developing existing relationships.

Bord Bia provided market insight and logistical support as well as contacted buyers for the six Irish companies who participated on the stand. Bord Bia also hosted a trade reception on the stand with Ireland’s Ambassador to France, H.S Patricia O’Brien, to further develop relations between the Irish cheesemakers and French buyers.

Today, there are 68 cheesemakers in Ireland and the sector is valued at approximately €20 million per annum at farm gate level. The sector currently exports to 25 countries. 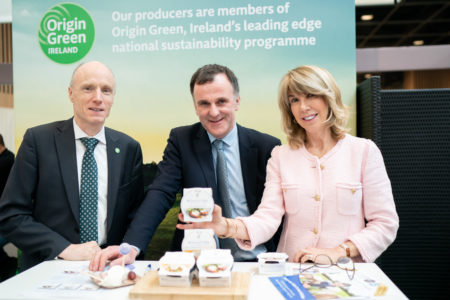