Ireland’s Best Off-Licence… is in Cork 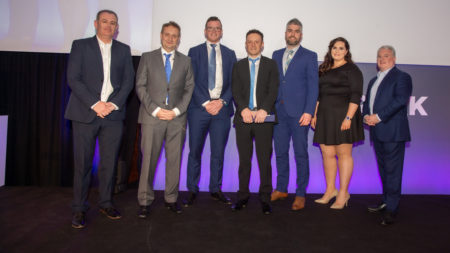 As part of Daybreak’s charity partnership with the Irish Heart Foundation, Daybreak Southlink recently completed a 24 hours Spinathon, raising over €3,000 for the charity

Daybreak is Ireland’s fastest growing convenience group with over 200 stores nationwide. All stores are independently owned by local retailers ensuring that each store can respond to the everyday needs of their local community, whether it’s through quality coffee or food to fuel your day.

The Store of the Year awards took place at the end of a very successful Daybreak Conference – the theme of which was “Winning Convenience”. Daybreak launched its “Store of the Future” concept two years ago and during this time has seen 57 stores revamped to this new identity. It is expected the total number of revamped stores will reach 100 by year end.

15 retailers were shortlisted for the Daybreak Store of the Year Award, which focuses on four key areas – products & services, store environment, communications, and people. During the competition stores were assessed against rigorous criteria, including a series of mystery shopper surveys and audits on store standards.

As well as the Best Off-Licence award other accolades awarded on the gala night focused on key in-store categories and store layouts. The winners were: