WITHIN WALKING DISTANCE OF CITY: Arbutus Lodge is for sale again, this time for €1.35million

In Cork, the word ‘Arbutus’ is associated with gastronomic success. There is currently a business called Arbutus Bread, which is lead by Declan Ryan. He turned to bread making in 1999, and focuses on Sourdough and Yeast Breads. Ryan’s Arbutus Breads Ltd are now based in the Mayfield Industrial Estate.

Prior to this Declan Ryan was the name behind the restaurant at the then Arbutus Lodge Hotel, which was the first Restaurant to secure a Michelin Star in Ireland. The eatery was something of a Cork institution and was a great loss when it closed.

Today, ‘Arbutus’ is in the limelight because Arbutus Lodge, Middle Glanmire Road, Cork City, T23 C9Y9 is once again for sale. This time for €1.35 million via Savills.


Above: Google Streetview image showing the front of Arbutus Lodge

Arbutus Lodge was built sometime in the late 1700s by Thomas Bealer, a miller with extensive property in the area. (There is a Beale’s Lane and a Beale’s Hill not far from there).
He sold it in 1804 to David Howe who was a master cooper connected with the famous Cork Butter Market, which was then the largest in the world as Cork was a trading port in the then British Empire. The next occupant arrived in 1871 in the form of Charles Joseph Cantillon, Mayor of Cork (he was only a ‘Mayor’ because the Royal Charter which afforded the Lord prefix only came into being for the year 1900). The house was substantially remodelled in the time of Cantillon when an extra wing and a ballroom were added. He was succeeded by Sir Daniel O’ Sullivan and his wife Lady Ellen. Their children, born at Arbutus Lodge, included WWI Major Charles Joseph O’Sullivan who fathered actress Maureen O’Sullivan. The house was sold by the O’Sullivan’s around 1900 to a Mr. Dwyer, followed by a medical family, the Kearney’s. It was then purchased from them in 1961 by Sean Ryan who converted it into a Hotel. The Ryan family sold the hotel in September of 1999 to the Carmody family who continued it as a Hotel. Surprisingly, at the time of writing in 2020 the Hotel’s website at arbutuslodge.net is still online! The property returned to residential use in the 2000’s and underwent extensive renovation and refurbishment which safeguarded the property’s future. At some stage an unsympathetic 1960’s wing of bedrooms was removed, which restored the footprint of the house to its current 5 ample bedrooms.

Like most period mansions, its grounds have changed in area over the years. Most recently the lower grounds were developed into modern townhouses – with asking prices north of €700,000 – which were due to be completed “by March 2020”


As of the time of writing in April 2020, the latest Google image shows the lower grounds marked out for a development of townhouses. 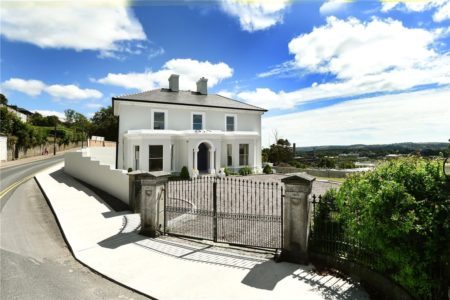 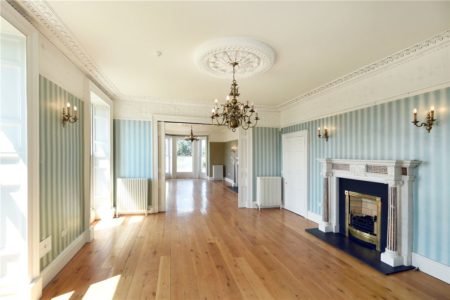 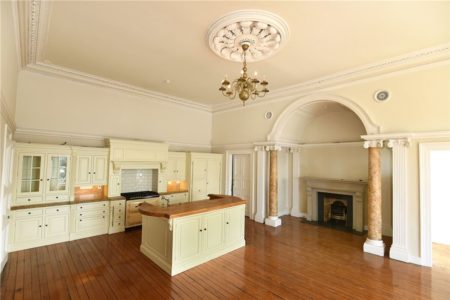 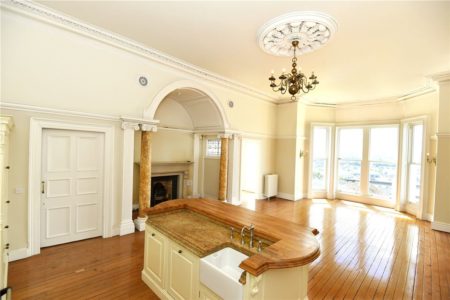 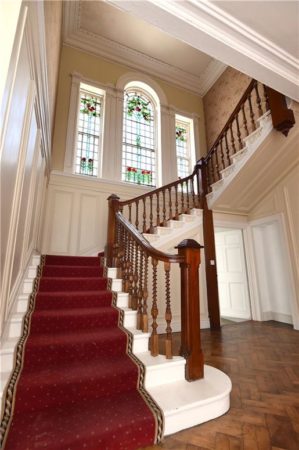 What the Estate Agent says

Arbutus Lodge was been extensively and sympathetically renovated and refurbished in recent years and today the property benefits from modern plumbing (c. 2009), wiring (c. 2008) and an impressive new roof (c. 2017) as well as a cosmetic upgrade (c. 2009) whilst maintaining many of its alluring original features.

Upon approach, you are met with a large gravelled parking area, which can easily accommodate 10 cars. From here, you can appreciate how much outside space remains with the original house, about 0.37 of an acre, a sizeable plot so close to Cork City.

Approached from the West, Arbutus Lodge is a handsome Georgian period property that is set out over three storeys, external features include three canted bay windows one of which stretches over the three storeys on the south elevation, canted porch, double glazed sash windows, corbelled window features, whilst internal features include original cornicing, ceiling roses, plasterwork, corbelled pillars, fireplaces and a solid wood front door with stained glass windows.

Stepping over the threshold brings you into a spectacular hallway that benefits from 10’6 high ceilings with ornate plasterwork design still intact, this welcoming space invites you with open arms to explore the two key south-facing reception rooms which are awash with natural light. These two rooms are separated by solid wood pockets doors that allow the personality of each room to come through as separate reception rooms or to be opened as one light-filled room which ignites this space for when extra space is required. The third connecting room which can also be accessed separately from the main hallway is the kitchen/dining, this room runs the depth of the property again allowing for great light and views, here you will also find a study space and rear hallway with access point. This level also offers a private west facing family room and guest lavatory.

Ascending the original solid wood staircase complete with ornate newel posts, swan neck balustrades and barley twist spindles, brings you past a large three-part stained glass window which is in excellent order and onto the first floor. Here, you will find five bedrooms, four of which have en suites.

Making your way onto the ground floor level reveals a bright open plan garden level room accessed via a rear hallway off the stairs, this area also provides easy access to the service rooms and storage room. The open plan nature of this space would make it an ideal games room, home office or gym and can be independently accessed from the garden level.