Phil Hogan became the latest casualty of ‘Golfgate’ as he resigned from his EU Trade Commissioner role yesterday and Simon Coveney is the hot favourite to replace him.

BoyleSports have been inundated with requests on who will replace Phil Hogan with initial odds chalked up of 10/11 for Coveney to land the job.  However punters have backed the Fine Gael Minister for Foreign Affairs into 4/9 making him the stand-alone favourite. 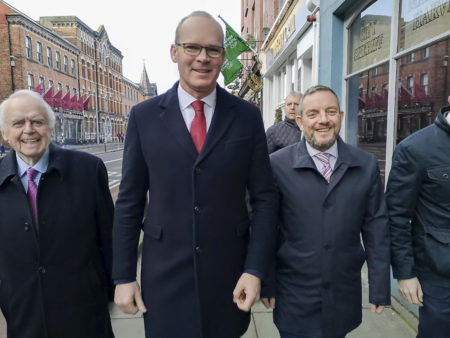 EC President Ursula von der Leyen has called on Ireland to present a male and female candidate for the role of European Commissioner for Trade with some support coming for Francis Fitzgerald.

The former Tánaiste is 9/2 from 6/1 to land the vital seat in Brussels placing her just ahead of Mairead McGuiness at 5/1. Helen McEntee is 12/1 alongside Leo Varadkar while Enda Kenny is the 200/1 outsider.

Sarah Kinsella, spokesperson for BoyleSports said: “Phil Hogan handed in his resignation to Ursula von der Leyen following intense scrutiny after attending the Oireachtas Golf Society event in County Galway on August 19. Punters have now rushed to back Simon Coveney to replace him with his odds tumbling into 4/9 favourite from 10/11. Francis Fitzgerald has been backed into 9/2 from 6/1.”