CORK POLITICS: If Simon Coveney heads to Europe, then who would take his Cork South Central seat? Cllr Des Cahill?

As we reported earlier today Carrigaline native and Minister for Foreign Affairs Simon Coveney T.D. is odds on to become the next EU Commissioner following the resignation of Phil Hogan. This would trigger a bye-election in one of Ireland’s power constituencies Cork South Central.

Fine Gael sources have speculated that Blackrock based Cork City Cllr Des Cahill would be the “natural successor” to Simon Coveney. 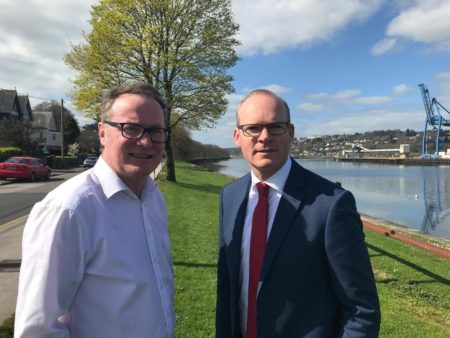 Cork City Cllr Des Cahill, who formerly ran a family butcher’s shop and catering business in Ballintemple for over twenty years, now works as a financial consultant with O’Leary Life in Cork City. Coveney and Cahill are known to be personally close having grown up in Blackrock together. Cllr Cahill and Minister Coveney were this week seen visiting the Marina park project in Blackrock. Fine Gael sources have described Cahill as “a proven vote-getter” having topped the poll in the three local elections. 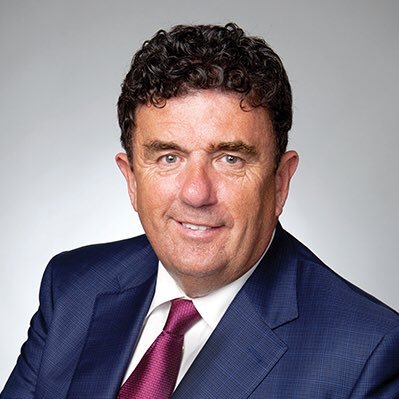 Sidebar: Herein when we refer to Des Cahill, we refer not to the RTE Sports Commentator, but to Cork City Cllr Des Cahill!

This was the highest number of votes received by any candidate across the five Cork City Council wards in the 2019 local elections.

Des Cahill was elected by his fellow Cllrs as ‘Lord Mayor of Cork City’ in 2016-2017 and proved a popular and active first citizen. During his term wearing the famous chain of office, he successfully focused on a theme of positivity. 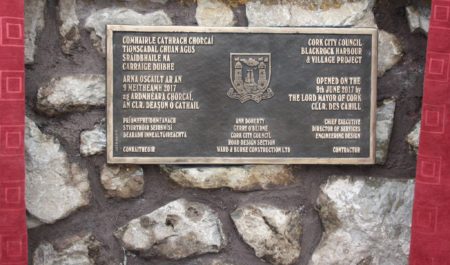 A key project spearheaded by Cahill is the Blackrock village plaza rejuvenation. This was complimented over the summer with the pedestrianisation of the Marina, as well as the recent commencement of the long-awaited Marina park redevelopment at the former Cork Show grounds, near Pairc Ui Chaoimh.

A week is a long time in politics

A week is indeed a long time in politics and developments regarding the vacant Commissionership could have a big impact on the powerhouse constituency of Cork South Central.

If Simon Coveney does become a European Commissioner it would certainly be groundbreaking history as he would be the first Corkman and 11th Irish person to hold such office.