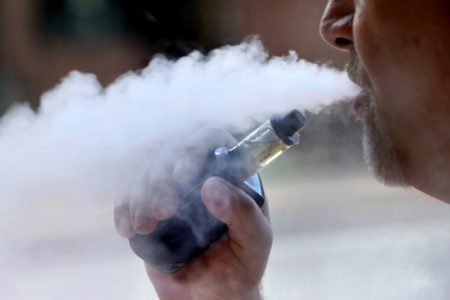 No, not that kind of smoke!

From today (1 September) Cork County Council will take responsibility for enforcing the ban on the burning, sale and marketing of smoky coal in Cobh, Mallow and Midleton in East Cork following the decision by Minister for Communications, Climate Action and Environment, Eamon Ryan T.D. to give legal effect to the extension of the smoky coal ban to all towns with populations over 10,000 people.

While the designation of Cobh, Mallow and Midleton was first announced by the Department in December 2019, it is acknowledged that the exact areas to be included in these new Low Smoke Zones (LSZs) have only recently been decided and publicised. Cork County Council, acknowledging that some retailers and householders may have existing stocks of smoky coal, will be taking a sensible approach to enforcement for the coming heating season, however the Council’s primary focus will be on protecting local air quality for Cork County residents. 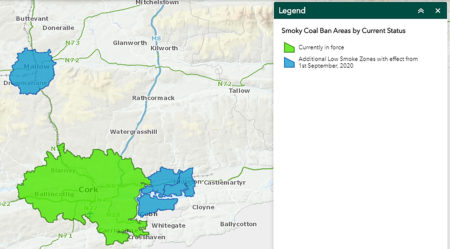 The powers available to Cork County Council in enforcing the smoky coal ban are extensive, including the power to inspect premises and vehicles, to issue fixed payment notices and to initiate prosecutions under the Air Pollution Acts for breaches of the regulations. Fixed penalty notices can range between €250 and €1,000.

The Minister has created new LSZs to designate Cobh and Midleton that extend eastwards from the existing Cork City zone to encompass both towns and all areas in between. Mallow and its hinterland has been designated separately as an LSZ.

An interactive online map, to illustrate both the existing LSZs and the new ones that will be in effect from September 1st 2020, is now available. The map includes an Eircode search facility, whereby a user can enter the Eircode of any particular premises, to see whether or not it falls within a Low Smoke Zone.

Mayor of the County of Cork, Cllr Mary Linehan Foley welcomed the designation of new LSZs in the county saying;

“It’s a welcome development for all the people of Cork County and hopefully a step on the road to a nationwide ban on smoky solid fuels. Smoky coal has a detrimental impact on air quality and public health, both in the home and in our neighbourhoods. This development has come at a time where we are more sensitive and aware of the needs of the most vulnerable in our community and I ask that everyone extends the phenomenal community spirit we’ve shown this year by endeavouring to burn low smoke fuels only. We make our own air quality, and we can improve it for everyone by following the new regulations.”

“Evidence of the harmful impact of particulate matter from solid fuel burning on health is indisputable. Cork County Council has a responsibility to act in the best interests of our shared environment and ensuring that Cork County is a great place to live in, and grow old in is part of our core mission. As such, we welcome this announcement by Minister Ryan and look forward to working towards a cleaner, healthier environment.”

Notes on the Health Impacts of Solid Fuel Use

The European Environment Agency Report Air Quality in Europe 2019, indicates that in 2016 there were 1,180 premature mortalities arising from air pollution in Ireland. The vast majority of these, 1,100, are attributable to fine particulate matter (PM2.5), which in Ireland is primarily associated with domestic solid fuel burning. The same report indicates 12,000 Years of Life Lost, indicating significantly earlier mortality for those deaths. Research indicates that the introduction of the ban in Dublin has resulted in approximately 350 fewer mortalities per year, reducing cardiovascular, cerebrovascular, and respiratory mortality in the general population.