DID YOU KNOW? 143,000 people in Cork playing National Lottery games every week – 710 community projects in Cork benefit from funding

Data revealed by the National Lottery has shown how it continues makes a big impact on towns and communities right across Ireland, including Co Cork. The study found that over 710 Good Causes projects were supported in Cork in 2018 and 2019.

Approximately 91% of revenue generated by the National Lottery goes back into the community through prize winnings, funding for Good Causes and retailer commissions.

Speaking on these national figures, Nikki Gallagher, Head of Corporate Affairs at the National Lottery, said:

“With an average of 143,000 people in Cork playing National Lottery games every week, a huge amount is raised for local community groups, projects and sports clubs each year. While it has been a challenging year for such organisations, National Lottery players are responsible for supporting thousands of organisations and groups in towns and villages across Ireland in the areas of Irish Language, Arts, Health and Wellbeing, Heritage, Rural and Community Development, Children and Youth Affairs and Sport. Nearly 30 cent in every €1 goes directly to the Good Causes Fund.”

Over 710 Good Causes projects were supported in Cork in 2018 and 2019, and on average, 4,000 clubs, groups and voluntary organisations are supported every year across Ireland. One such organisation which has benefitted in the past from National Lottery funding in Co. Cork is Blackwater Sub Aqua Club based in Fermoy. 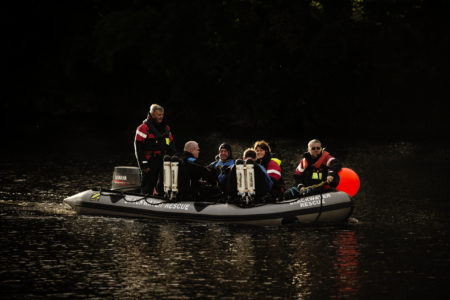