What is the climate of Cork? 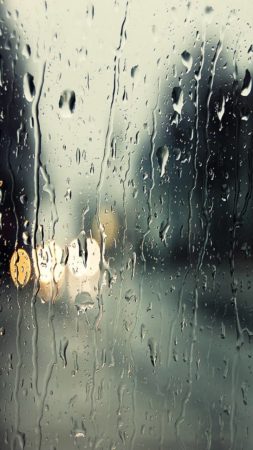 Yet, Cork is also one of Ireland’s sunniest cities, with an average of 3.9 hours of sunshine every day and only having 67 days where there is no “recordable sunshine”, mostly during and around winter.

The climate of Cork, like the vast majority of Ireland, is mild oceanic (Cfb in the Koeppen climate classification) and changeable with abundant rainfall and a lack of temperature extremes. Cork lies in plant Hardiness zone 9b. Met Éireann maintains a climatological weather station at Cork Airport, a few kilometres south of the city centre. The airport is at an altitude of 151 metres (495 ft) and temperatures can often differ by a few degrees between the airport and the rest of the city. There are also smaller synoptic weather stations at UCC and Clover Hill. Due to its position on the coast, Cork city is subject to occasional flooding.

Temperatures below 0 °C or above 25 °C are rare. Cork Airport records an average of 1,227.9 millimetres of precipitation annually, most of which is rain. The airport records an average of 7 days of hail and 11 days of snow or sleet a year; though it only records lying snow for 2 days of the year. The low altitude of the city, and moderating influences of the harbour, mean that lying snow very rarely occurs in the city itself. There are on average 204 “rainy” days a year (over 0.2 millimetres of rainfall), of which there are 73 days with “heavy rain”, over 5 millimetres. Cork is also a generally foggy city, with an average of 97 days of fog a year, most common during mornings and during winter. 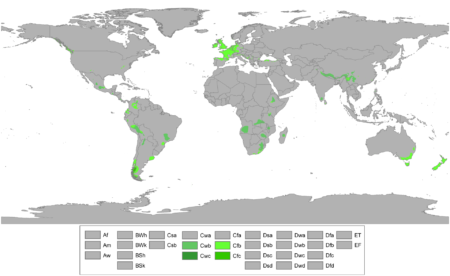 Click to zoom: Climates similar to Cork, note how New Zealand is similar, maybe this is why it’s so popular for emigration?

How to get free money from the National Lottery (you must be a club or community organisation!)
Previous Post
Free Training and Development Courses for women working in the home