The Port of Cork Company is making the announcement that has been appointed to the role of Chief Executive of the company. Eoin replaces Brendan Keating who retired recently after 18 years of service as CEO.

The Chairman of the Port of Cork Company, John Mullins stated that ‘Brendan Keating made an outstanding contribution to the Port as Chief Executive since 2002. Brendan has seen the Port’s Strategic Development Plan fully recognised: the acquisition of Belvelly Port Facility (formerly Marino Point), the Inner Harbour Development at Bantry Bay Port Company, the marked increase in cruise business and the commencement of construction of the €86 million Cork Container Terminal in Ringaskiddy which will future proof the port. I have no doubt that Eoin will now take these projects and the business forward to further enable our growing economy.’

Eoin has spent the last decade providing strategic advice to a wide variety of companies. He has thirty years’ experience as a Senior Executive in Retail, Wholesale and Property businesses. He has held senior board positions in Musgrave PLC as Chief Executive of Supervalu Centra, Director of Dunnes Stores and Director of Reox Holdings PLC. Eoin and his family have lived in Cork for over 30 years.

John Mullins said: ‘Eoin brings with him a wealth of Senior Executive experience, excellent leadership skills and an integral knowledge of modern supply chains and logistics. He joins the Port at a strategic and exciting time for the company and the Southern region. The board and all in the Port company wish him every success.’

He added “Eoin will steward the company from the River to the Sea through the commissioning of key infrastructure in the lower harbour whilst making available former assets for critical residential and commercial development. Eoin’s property experience will be instrumental in ensuring that Tivoli will be one of the most exciting projects in the future for the company and for the City of Cork.’ 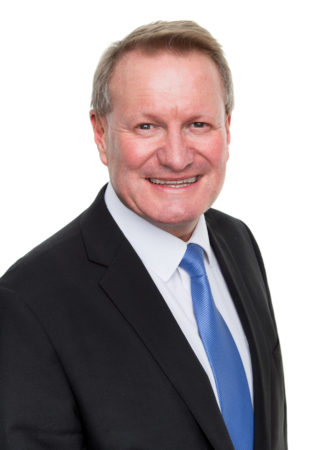 Eoin McGettigan will take up the position as Chief Executive on 1st October 2020 for a term of five years.