Gardaí arrested – and have since released – a man in relation to suspected pension fraud amounting to in excess of €500,000 over a 30 year period. A file is now being prepared for the DPP.

As part of a joint investigation between An Garda Síochána and the Department of Employment Affairs and Social Protection (DEASP), Gardaí arrested a man, aged in his 50s, in Cork city yesterday morning, October 9, 2020. 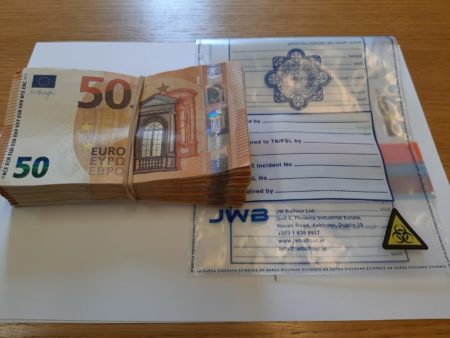 Gardaí and investigators from DEASP later carried out a search at a house in Co. Cork where they seized €9,800 in cash.

The alleged pension fraud has been taking place since 1987 with over €500,000 being claimed.

The man was detained at the Bridewell Garda Station under Section 4 Criminal Justice Act, 1984, he was then released without charge. A file will be prepared for the Director of Public Prosecutions in relation to this matter.

Speaking at Anglesea Street Garda Station, Detective Inspector Daniel Coholan said “Gardaí and the Department of Employment Affairs and Social Protection have a long-standing relationship which aims to target those who attempt to defraud the state.”